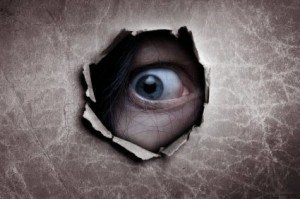 Since Dan Gilbert strong-armed former Michigan Governor Jennifer Granholm and the City of Detroit to cough up to $200 million in tax incentives by threatening to move Quicken and all his companies to Cleveland if Dan Gilbert didn’t get a tax incentive to move his corporate empire to downtown Detroit, Gilbert, through his many companies has not only bought nearly 60 commercial buildings in Detroit at depressed prices but Gilbert through real estate company, Bedrock Real Estate, has installed hundreds of surveillance cameras many of which are on properties Gilbert and his partners don’t own.

Many building owners concede their property rights to Gilbert. They know the City of Detroit won’t stop Gilbert from doing it.

Building owners also fear reprisals from Gilbert and his allies if they speak up. They also fear Gilbert will litigate them into bankruptcy if they sue Bedrock or remove the cameras.

Chris Jaszczak heard the high-pitched sound of a drill grinding into the brick wall of his coffee shop and black box theater in downtown Detroit.

After peeking into the alley behind his building at 1515 Broadway, Jaszczak was shocked when he saw someone installing a surveillance camera on his brick wall.

Turns out, employees for Dan Gilbert’s Bedrock Real Estate Services were ordered to place surveillance cameras on the rear of 1515 Broadway and the Detroit Beer Company without gaining permission from the owners, who are angry about the discovery.

Video Feeds Directly To The Basement Of “The Cube”

These cameras like the hundreds of others send live feeds to Gilbert’s secret command bunker.  Gilbert placed the command bunker in the Chase Tower (Gilbert rechristened as “The Cube”). Gilbert and his team of voyeuristic security guards view the feeds 24/7. 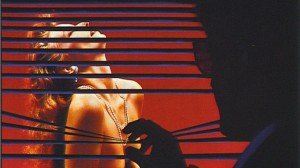 There is also another issue at hand, what is Gilbert watching? Security experts claim these cameras can zoom in on a person walking down the street in Windsor, Canada.

Gilbert’s voyeurism fetish even extends to members of Detroit’s mainstream media. Both Detroit Free Press and the Detroit News along with ABC affiliate WXYZ lease space from Gilbert.WXYZ opened a Today Show style street-side studio in the Cube Building earlier this year. The Detroit dailies rent space in the Old Federal Reserve Building on Fort Street.

Employees of the Free Press and News confirm there are surveillance cameras in the kitchen and in the newsroom. They also confirm ever-present army of private security guards hired by Gilbert.

Every day I wonder if those cameras are zooming in on my computer screen to see what I’m writing.

Gilbert runs his empire like North Korean Dictator Kim Jung-Un. It came under fire last week in journalism circles. He used his “influence” with CNBC Contributor and Housing Analyst Ivy Zelman to get Metro Times Detroit and the Cleveland Scene to pull an unflattering article.

Ivy Zelman is related to Andrew Zelman an owner of Euclid Media. Euclid Media is also the parent company of Metro Times Detroit and the Cleveland Scene.

Gilbert, whose vanity is exceeded only by his pettiness, also used his advertising partnership with Yahoo News to “persuade” them to pull an old article on its sports page jokingly calling Quicken Loans a predatory lender in a conversation about the Cleveland Cavaliers.

As Deadspin’s Kevin Draper points out:

This wasn’t just a case of Mayer responding to the whim of a powerful businessman by pitching something unflattering down the well. Not only had Gilbert’s Quicken Loans just become a brand partner of Mayer’s Yahoo, but this incident immediately followed on a series of corporate maneuvers seemingly designed to make Yahoo’s newsroom an instrument of its marketing operation.

As I mentioned last week, Quicken contributed to Detroit’s blight. MFI-Miami conducted a survey of 75 homes that had Quicken Loans named as the original mortgagee.