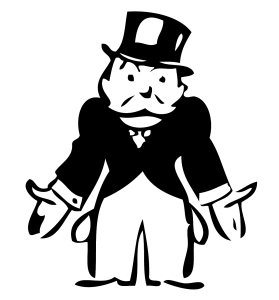 Payday lender, Online Consumer Network or OCN who is known for their aggressive collection efforts against their borrowers is now being sued by Chesapeake Enterprises, a GOP lobbying firm ran by Scott Reed,  chief strategist for the U.S. Chamber of Commerce for $575,000.

OCN allegedly failed to pay its bills, began dodging Reed and his staff, and ultimately stopped responding all together. The federal lawsuit filed in Colorado  is actually fascinating because it sheds light on how the predatory loan industry makes use of political consultants to keep ahead of regulators.

Reed’s Chesapeake Enterprises uses their connections and experience with GOP politics to provide intelligence, advice, and lobbying assistance to companies willing to pay his fee.

The lawsuit pulled excerpts from the solicitations Reed did to hook OCN as a client about the importance of working with national Republicans to stay ahead of payday lending regulations:

“Because of the unique nature of Reed’s knowledge, experience and expertise, Chesapeake is ideally suited to provide services to clients in the payday loan industry.”

“I believe Chesapeake Enterprises is uniquely positioned to assist your industry both in dealing with the Republicans in the US House and the Senate, and in offering strategic advice to you and the Members of Congress on this vital consumer lending industry.”

Reed had lobbied on behalf of OCN’s payday lending operations as far back as 2009, but for some odd reason a retainer was not signed until over two years later.

OCN’s failure to pay apparently caused Reed’s firm to land in hot water with his creditors. Reed alleges in his suit,

The alleged debt-dodging behavior by the payday lenders described in the suit will resonate with anyone who has been hounded by a debt collector. There are accusations that OCN stalled repeatedly and made Chesapeake chase them down for payment by alleging:

“Defendants repeatedly misrepresented to Chesapeake that their payment was forthcoming, that Chesapeake should be patient,”

Chesapeake also alleges that OCN tactics were, “designed to string Chesapeake along under the auspices that Defendants’ payments were forthcoming or imminent.”