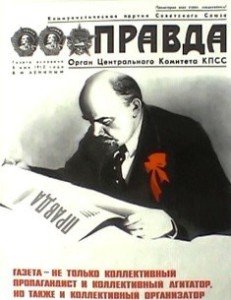 Indiana Governor Mike Pence (R) is starting a taxpayer funded state-run news agency. The agency will offer pre-written stories to news outlets in the state according to The Indianapolis Star. Furthermore, the service will be modeled after the communist newspaper Pravda from the former Soviet Union.

The Indianapolis Star reports, “At times, Just IN will break news —publishing information ahead of any other news outlet.”

The governor’s press release stated, “Strategies for determining how and when to give priority to such ‘exclusive’ coverage remain under discussion.”

All editorial decisions will be made by a editorial board made up of members of Pence’s communications team and McCleery.