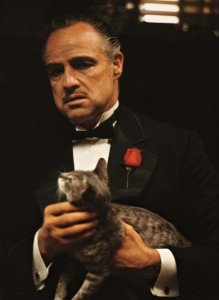 The lucky person who ponies up the $2.89 million price tag for the home of Vito Corleone. Whoever buys the sprawling mansion on Emerson Hill in Staten Island is buying a piece of American cinema history.

The house was used as the estate of Vito Corleone in Francis Ford Coppola’s The Godfather.

The five-bedroom has seven bathrooms. The 6,248-square-foot mansion also sits on a 2,400-square-foot open expanse on Emerson Hill.

Coppola used only the exterior of the property in The Godfather. The current owner who bought the property in March of 2012 has made a series of improvements. The owner remodeled the inside of the home to look like the home’s interior in the movie. He installed a gourmet kitchen and a stately dining room. He also added an exercise room and a pub.

According to Staten Island Live:

The current owner purchased the home for nearly $1.7 million from Norton family, who owned it since 1951. Before that, the home was owned by former Borough President Joseph Palma, who lived there with his wife, Marie and 11 children.”

You can see all the details here.