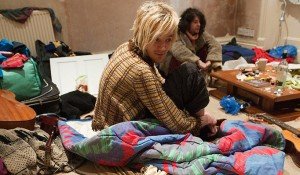 For the past year, the number of emails I receive from real estate investors in Detroit telling me their horror stories with Detroit squatters has increased nearly 300%.

The squatter pandemic in Detroit is no longer the problem of white suburban slumlords from posh communities like Birmingham or Grosse Pointe renting out ghetto properties, it’s now a crisis facing single property investors who are willing to fix up abandoned properties and pay non-homesteaded tax rates so they can be part of the revitalization of Detroit.

These investors are putting their money where their mouth is and the City of Detroit needs these dedicated investors if it not only wants to stop being the butt of jokes from around the nation but if it wants to be a viable and functional city again.

The City of Detroit and the Detroit Police point the finger at the Michigan Legislature by telling Ronnie Dahl of ABC Affiliate WXYZ, “Michigan’s new squatter laws are not crystal clear when it comes to police. Law enforcement agencies are still trying to figure out their role.”

However, history in Detroit has proved that squatters tend to leave and police make arrests when the media gets involved.