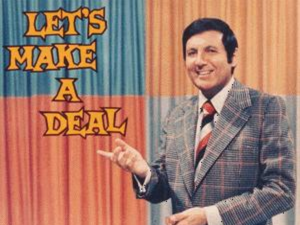 Bill and Doreen would have ended up in divorce court had MFI-Miami and their lawyer not reached an 11th hour deal with Specialized Loan Servicing.

Their troubles began the attempt to modify their home in Delray Beach, Florida with JPMorgan Chase in 2009. This is when MFI-Miami began working on the file.

In 2012, JPMorgan Chase decided to file a foreclosure lawsuit against Bill and Doreen on behalf of LaSalle Bank, N.A. As Trustee For WaMu Mortgage Pass-through Certificates 2005-AR15 (Trust.

There were two glaring issues with this file. The first was there was no mortgage assignment from the FDIC as Receiver for Washington Mutual to JPMorgan Chase.

JPMorgan Chase also failed to file a mortgage assignment to the Trust who attempting to foreclose.

For nearly 18 months, JPMorgan Chase tried to hide information from MFI-Miami. Information that showed they lacked standing to foreclose.

The United States Bankruptcy Court in Delaware entered an order finalizing plans to transfer all of all remaining Washington Mutual assets to WMI Liquidating Trust effective 3/19/2012. This would also close out the FDIC responsibilities as the Receiver for Washington Mutual.

MFI-Miami was able to prove the Trust was not the proper mortgagee. The mortgage assignment to the Trust after the liquidation of Washington Mutual showed the FDIC lacked legal standing to assign the loan to the Trust.

JPMorgan Chase knew they had a serious problem with this file. So they sold the servicing rights to Specialized Loan Servicing 18 months into foreclosure litigation.

Specialized Loan Servicing soon realized they had just bought a steaming bag of dog feces from JPMorgan Chase. They instructed Shapiro, Fishman & Gache find an endorsed copy of the note which up until this time seemed to be non-existent.

Then last month, SLS produced a note with an endorsement stamp from Cynthia Riley, a former Washington Mutual executive. Because the endorsement was done in blank, anyone who had possession could foreclose.

Realizing that their client would be in for a costly legal fight over the property which had already cost their clients close to $750,000 legal fees and possibility that their legal bill would double if this case went to the Florida Supreme Court, Shapiro, Fishman & Gache offered the Bill and Doreen a settlement at the eleventh hour.