Ocwen Sends Out Apology Letters Blaming It On A Software Glitch 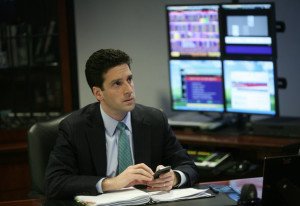 The backdated letter scandal that has rocked Ocwen Financial during the past week is about to become even a bigger nightmare for Ocwen as Benjamin Lawsky’s New York Department of Financial Services has no said that the backdated letters denying homeowners a chance to rework their troubled loans were going out as early as 2010. this two years earlier than what was originally said by regulators.

Ocwen sent thousands of letters to clients denying homeowners a loan modification and giving them 30 days to appeal, Those letters were backdated more than 30 days, making it impossible for homeowners to modify their mortgages and significantly increasing the likelihood of default.

Lawsky told the New York Post, “Ocwen’s indifference to such a serious matter demonstrates a troubling corporate culture that disregards the needs of struggling borrowers,”

Lawsky also criticized Ocwen’s handling of this by telling the Post, “Ocwen’s indifference to such a serious matter demonstrates a troubling corporate culture that disregards the needs of struggling borrowers,”

On Monday, Ocwen’s spin doctors crafted an apology letter signed by Ocwen CEO Ron Faris blaming the problem on a computer glitch and claiming that keeping homeowners in their home is a number one priority at Ocwen.

In recent days you may have heard about an investigation by the New York Department of Financial Services’ (DFS) into letters Ocwen sent to borrowers which were inadvertently misdated.  At Ocwen, we take our mission of helping struggling borrowers very seriously, and if you received one of these incorrectly-dated letters, we apologize. I am writing to clarify what happened, to explain the actions we have taken to address it, and to commit to ensuring that no borrower suffers as a result of our mistakes.

What We Are Doing

We are continuing to investigate all correspondence to determine whether any of it has been inadvertently misdated; how this happened in the first place; and why it took us so long to fix it. At the end of this exhaustive investigation, we want to be absolutely certain that we have fixed every problem with our letters.  We are hiring an independent firm to investigate and to help us ensure that all necessary fixes have been made.

Ocwen has an advisory council made up of fifteen nationally recognized community advocates and housing counsellors. The council was created to improve our borrower outreach to keep more people in their homes. We will engage with council members to get additional guidance on making things right for any borrowers who may have been affected in any way by this error.

We apologize to all borrowers who received misdated letters.  We believe that our backup checks and controls have prevented any borrowers from experiencing a foreclosure as a result of letter-dating errors. We will confirm this with rigorous testing and the verification of the independent firm.  It is worth noting that under our current process, no borrower goes through a foreclosure without a thorough review of his or her loan file by a second set of eyes.  We accept appeals for modification denials whenever we receive them and will not begin foreclosure proceedings or complete a foreclosure that is underway without first addressing the appeal.

In addition to these efforts we are committed to cooperating with DFS and all regulatory agencies.

We Are Committed to Keeping Borrowers in Their Homes
Having potentially caused inadvertent harm to struggling borrowers is particularly painful to us because we work so hard to help them keep their homes and improve their financial situations. We recognize our mistake.  We are doing everything in our power to make things right for any borrowers who were harmed as a result of misdated letters and to ensure that this does not happen again. We remain deeply committed to keeping borrowers in their homes because we believe it is the right thing to do and a win/win for all of our stakeholders.

We will be in further communication with you on this matter.