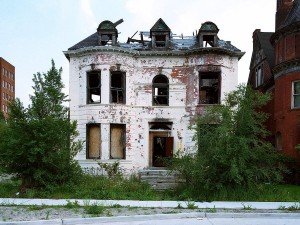 The 2nd housing crisis is here. ML-Implode Founder Aaron Krowne was on Max Keiser’s financial show discussing the second wave of foreclosures that are predicted to hit the housing market. Yet, the coming apocalypse they are predicting is already here.

Max and Stacy discuss the 2nd housing crisis due to hit homeowners because of resets in modification agreements they signed to keep their homes back in 2009 and 2010.

MFI-Miami has “boots on the ground.” I can tell you from first-hand knowledge the 2nd housing crisis isn’t a wave on the horizon. It is a tsunami that has already made landfall.

The Problem This Time Around Are Bad State Judges

This time around the major problem is America’s barely competent state judges in as much as it’s Wall Street’s fault.

The federal government has little or no power when it comes to foreclosures and enforcing mortgage agreements. They are considered a “state’s right” issue under the 10th Amendment to the U.S. Constitution. Federal judges interpret state law where the property is located. Court rulings from other states are not considered precedent or relevant.

“So, barely competent and paranoid? That’s a hell of a combination.” -Kara Thrace

Most state courts are filled with judges who graduated at the bottom of their class in law school. They worked as a legal aid attorneys or as public defenders after law school. They didn’t work at the big prestigious firms because law firms didn’t want to hire them. These barely competent lawyers used their tenure on the public payroll as stepping stone to get elected judge. Most of these lawyers also never litigated a case. They also never made over $100,000 a year until they became a judge. So becoming a judge was not only huge boost to their ego but a big boost to their wallet and a guaranteed pension. 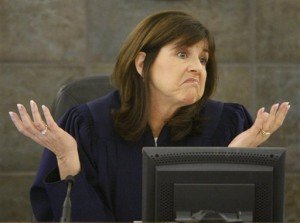 A judge’s primary goal when sitting on the bench is not the execution of justice. It is to ferociously protect his or her government paycheck and pension at all costs.

Judges are already prejudiced against homeowners if they are in default on their loan modification. They look at homeowners fighting their foreclosure as a waste of the court’s time. They perceive the homeowner as nothing more than a deadbeat. This is especially true in the Hudson Valley section of New York.

The Problem Is Nationwide

Circuit Court Judge Martha Anderson in Oakland County, Michigan has pre-written rulings prepared by her staff for all her foreclosure cases.

Michigan District Court Judge Michael Haley coaches foreclosure mill attorneys on how to skirt court rules in his court room. The Michigan Supreme Court censured Haley for taking a bribe during a trial.

Most of these judges don’t care if the foreclosure mill’s client has standing to foreclose or not. The homeowner could have a slam dunk defense but if their case interferes with the judge’s tee time or his afternoon delight with his mistress, you’re a goner. Besides, the judge knows who butters his bread. The foreclosure mill contributes that judge’s re-election campaign. The sad truth is the homeowner doesn’t.