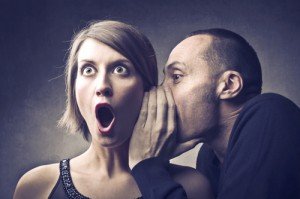 Bentivolio’s campaign also linked to a blog I wrote December of 2012 about a former Green Beret and his autistic son. MFI-Miami stopped it after we started a firestorm with our contacts in financial media.

“For lenders looking to take back a home from a delinquent borrower, Trott & Trott offered a unique one-stop-shopping business model.” -Detroit Free Press

This press release led to former Republican Michigan State Representative Chris Ward to comment about it on Facebook. A thread developed with people debating the press release. The thread turned into a great conversation. Chris and I explained to a handful of people how foreclosure mills operate.

David Trott Has A Near Monopoly In The Michigan Foreclosure Process

Unlike the rest of his Michigan competitors, Trott has a near-monopoly on everything foreclosure in Michigan. Trott’s vast foreclosure empire includes the Detroit Legal News and its sister publications throughout Michigan.

Those publications advertise 80% of the foreclosures in Michigan. Trott also owns the former Greco Title and Seaver Title which he merged with Lawyers Title several years ago. He purchased Coldwell Banker Weir Manuel Real Estate offices throughout southeast Michigan earlier this year.

This vast empire gives Trott a serious financial incentive to kick people out of their homes by any means necessary. Lenders pay Trott’s firm roughly $5,000 to $7,500 to handle a foreclosure. If the homeowner successfully saves their home with a loan modification or can show the lender and Trott’s client lacks standing, then Trott makes $5,000 to $7,500.

If the homeowner does not contest the foreclosure or is unsuccessful at stopping the foreclosure then Trott hits the jackpot. Thanks to Trott’s political influence and a lazy judiciary in Michigan is happens 95% of the time. Trott’s title company clears any title issues once the homeowner is removed from the property. Consequently, Trott hands the property off to Coldwell Banker Weir Manuel Real Estate. The real estate company sells the property on behalf of his lender. Trott then receives roughly $2,000 to $2,500 for preparing the title work and doing the post-foreclosure sale of the property.

Trott Has No Incentive To Work With Homeowners

Lenders pay Trott’s firm to do title work. However, he receives a paltry sum compared to the amount he makes selling the properties. The vast majority of these foreclosed homes are not sold individually as is popularly believed. They are sold in bulk to institutional investors. Trott’s real estate office receiving 6% of the sales price as a commission.

These are the numbers that Trott doesn’t want the public to know. This is because it lends credibility to his critics.

David Trott has no incentive to work with homeowners to keep them in their homes when he can make roughly four times more money ramming a foreclosure through by any means necessary even when his client lacks standing. Therefore, he has an incentive to commit perjury, having his employees file false documents on public records and everyone’s favorite crime, robo-signing.

Trott’s lawyers did everything they could to skirt mediation requirements. They would keep homeowners on hold for nearly an hour or two and filing false affidavits with the courts saying they complied with those mediation laws when they didn’t. They would also not show up for appointments. Then sign affidavits saying the client never showed up for the mediation.