Whatever Happened To The Detroit Badass? 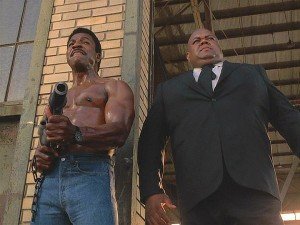 The World Doesn’t See The Detroit Badass Anymore. They See A Dysfunctional Society On A Grand Scale With Lazy Political Elites.

I had the experience of being able to travel throughout Southeast Asia after finishing university back in late 1990. Cute Asian girls would approach me in places throughout Asia wanting to “practice their English.”

They would ask me where I was from. I would tell them Detroit and most would ask if I carried a gun. They perceived Detroit as some type of an urban wild west or something out of Mad Max. I did what any 23-year old would do. I would regale them with bullshit stories about the badass streets of Detroit. We would have a few cocktails. If everything went according to plan we ended up back at her place. Believe it or not, it usually worked.

The Reputation Of The Detroit Badass Also Worked In Hong Kong

A masked gunman robbed a jewelry store across the street from our hotel in Kowloon while in Hong Kong on New Year’s Eve in 1990.

Chinese and English speaking media in Hong Kong had a field day sensationalizing the story. This was also apparently the 10th armed robbery in the colony in 1990. Yes, only the 10th armed robbery and it was the last day of the year. The then-British Colonial Government was criticized by Hong Kong media for the increase in crime after the incident.

An English speaking reporter from ATV approached me and my friend the next morning. She asked us what we thought of the robbery observing we were Americans. Robberies and muggings being an everyday occurrence in Detroit. We told her:

“Hell, we’re from Detroit. This happens three times a day. So this is no big deal.”

The reporter and I began talking after the interview and she invited me on a private tour of Hong Kong.

Coming from Detroit used to tell people from around the world you were a gritty badass. In addition, it told people you worked hard and weren’t afraid to get your hands dirty.

Asians were also under the impression you weren’t afraid to kick someone’s ass if you were from Detroit. This is thanks to movies like Action Jackson, Beverly Hills Cop and even Robocop.

The gritty badass perception of Detroit also helped get Detroit ex-pats like me to get what we wanted.  We moved away to seek career opportunities and fortunes that Detroit could not offer. Business owners would treat us like we were made guys in the mafia. People also went out of their way to give you what you wanted.

Is Detroit going to turn things around? I could lie and tell you ‘Yes.’ But you know what? This city is screwed. The only place I’ve ever been that looks anything like Detroit does now is Chernobyl. I’m not being funny. That’s the truth. -Anthony Bourdain

The perception of Detroit began to change after 9/11. Detroit filing bankruptcy and city auctioning off $500 houses didn’t help either. We are no longer perceived as the Knights of Badassdom. The admiration we once had has been replaced with pity or contempt.

In addition, people now respond with a condescending tone when you tell them you are from Detroit. Then say, “I bet you’re glad you left!“

You can’t feel angry at people who make comments like this. There is no rebuttal you can give. The fact is that the people of Michigan have let the region nose-dive into chaos during the past forty years is inexcusable.

People in the region or in the state refuse to look at Detroit or Michigan from an outside perspective. They continue to live in a bubble of self-imposed ignorance.

They also refuse to address the issues of why people with skills are fleeing the state. In addition, political elites refuse to understand why the recruitment of young skilled workers is failing miserably.

Detroit media bombards people with Stuart Smalley style propaganda about how awesome it is to live in Metro-Detroit. They portray it as if everyone is hip and cool as the kids from Beverly Hills 90210. Local media has obviously taken a cue from Kim Jung-Un.

Detroit media also run stories daily about how other major American cities are having the same economic problems as Detroit. Unfortunately, economists and leaders in cities like Miami, New York, and even Newark, New Jersey would disagree. They would also be more than happy to prove to the journalists writing this propaganda that they are wrong.

Investors came to Detroit and Lansing to make deals after Detroit filed Chapter 9 bankruptcy. They were also ready to write checks and roll up their sleeves. What they saw made them put their checkbooks back in their jackets and fly back to places like Dubai, London, Miami or New York.

The industrial ruins of Detroit didn’t shock investors. It was the attitude of the people and politicians. Investors found the societal and political dysfunction in the region and Lansing appalling. Investors were not impressed by Michigan’s crumbling infrastructure. They were also equally unimpressed with Michigan’s failing public school system.

Consequently, this convinced them that the region and Michigan could not be saved.

I was having dinner with Wall Street friends at Nebraska Steakhouse when the conversation switched to Detroit. One friend observed:

It’s crazy there. It’s no wonder everything is so fucked up there. Everyone has their hand out even the Republicans. It’s like the state and the city of Detroit are run by panhandlers in suits. Everyone thinks a financial superman is going to come and pay them for the honor of rescuing them.

This one deep-pocketed investor was not the only one who experienced this. Investors from around the globe also experienced the same thing. As a result, everyone from Wall Street to Canary Wharf began gossiping about how dysfunctional things are in Detroit and Michigan.

An investor who was also involved in straightening out New York City’s finances in the 1970s went to check out Detroit and said this:

Look, I grew up in a rough neighborhood in Brooklyn. There’s a difference between a rough neighborhood and an insane asylum. Detroit area is definitely an insane asylum taken over by the inmates. It’s crazy there with all the laziness, political cronyism, people playing the blame game and racism. New York was bad in the 1970s but nothing like this. I can’t believe the people of Michigan were crazy enough to let things get this out of control.

Detroit, this is how the world sees you. You can agree with it or disagree with it. Praise it or bitch about it. However, at the end of the day, it’s up to you to change it for the better.