Don’t Be Fooled, Canadian Banks Like TD Bank Are Greedier than American Banks 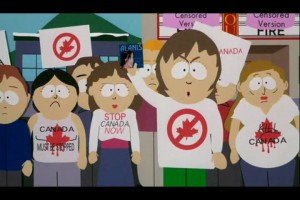 Last month you read on MFI-Miami how Canadian owned TD Bank was openly discriminating against atheists here in the United States.

Now word comes from the birthplace of the American Revolution that TD Bank is now gouging people with check-cashing fees. Blogger Richard Zombeck, who you may know from his Huffington Post blog wrote a great piece on the website, Justizz.com about his experience trying to cash a check drawn from a TD account.

With Richard’s permission, we have reprinted his piece that first appeared in Justizz on April 9, 2014.

TD Bank Not So Friendly

During the financial crisis an organization formed to sway people to smaller community banks. The organization, MoveYourMoney.org was backed by the likes of Arianna Huffington and George Soros.

I moved my money to a credit union in 2010 after a run-in with Eastern Bank that I wrote about on Huffington Post. I have never regretted the move. Though a bit of a hassle, it was well worth the couple of days I spent doing it.

I’m greeted at the bank by people who know me. I can also call or email the bank manager and generally get a response quickly. Any issues I have are quickly resolved without major drama or finger-pointing.

I was recently reminded of this move when I had to deal with TD Bank aka “America’s Most Convenient Bank.”

A couple of days ago a friend who had opened an account at TD Bank. However, despite my advising him to go to a credit union wrote me a check for $300. There was a branch just down the street and I was on my way to Costco anyway, so I drove over. I endorsed the check and handed it to the teller.

“Do you have an account here,” the teller asked?

She was serious. If you don’t have an account with TD Bank and try to cash a check drawn on their own bank by a customer of theirs, you are considered a leper and they are a payday lender.

Needless to say, I drove across town to my bank where I wasn’t charged. I wasn’t treated like a deadbeat and I had the funds available immediately. That’s because that’s how they operate with their customers.

This is the first I’ve heard of a bank charging to cash one of their own checks and I find it appalling that they get away with it or that people pay it.

I can’t really imagine the justification for it, with the exception of it being just one more way to screw people.