When The Media Can’t Find Anyone Other Than The MI GOP To Say Nice Things About You, Maybe Running For Congress Wasn’t Such a Great Idea 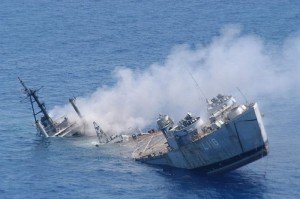 You probably never heard of the MIRS Political Newsletter. It is the must-read non-partisan political newsletter. Every member of the Michigan Legislature and their staff read it.

Trott made his money by turning the law practice he inherited from his father into a one-stop monopoly on all things foreclosure. Trott’s vast foreclosure empire includes the Detroit Legal News and it’s sister publications throughout Michigan. The Legal News advertises nearly 80% of the foreclosures in Michigan. He also owns Greco Title and Seaver Title which he merged with Lawyers Title several years ago. In addition, Trott also owns Coldwell Banker Weir Manuel Real Estate offices through out southeast Michigan.

Trott’s firm is also infamous for denying people their right under Michigan law. MCL 3205a. Trott’s monetary influence over the GOP-dominated Michigan Legislature helped eliminate the law. The law required mortgage servicers to have a conference with homeowners to work out a modification.

Lawyers at Trott’s firm never up for these conference calls. They also left the people on hold for nearly 45 minutes to an hour.

Trott & Trott also employs a bait and switch tactic of “Dual Tracking.” Dual Tracking is where the foreclosure mill or mortgage servicer will convince the homeowner that they are working to keep them in their home while moving ahead with foreclosure proceedings.

The firm made headlines after MFI-Miami exposed his involvement in kicking 101-year old Texan Hollis out of her home of 60 years.

Trott jerking around a former Green Beret in 2012 has become an Achille’s Heel for Trott. He was fired from the case when he made it a global embarrassment for JPMorgan Chase CEO Jamie Dimon.

Last week, MIRS Editor Kyle Melinn did his best to paint a positive picture for Trott but could only find two GOPers that would be willing to make public comments and they’re on Trott’s payroll.

The first is Trott consultant Stu Sandler, who spun this line of bullshit.

“No one wants anyone to lose a home. The law firm works with parties to avoid foreclosures through loan modifications, short sales, and other means. However, our economy depends on people paying their bills.”

You may remember Sandler, he was the campaign manager for Michigan’s former skirt chasing Attorney General Mike Cox and who’s cuckolded wife, Wayne County Commissioner Laura is a major fundraiser for Trott.

The other GOPer quoted in the piece was former GOP Governor John Engler Propagandist, John Truscott of Truscott Rossman, also a paid Trott consultant, who made some ambiguous suggestion that Trott may want to have success stories at the ready.

It’s also clear that Truscott doesn’t understand what Trott’s business is all about.

“Part of Trott’s business is to make arrangements that kept people in their homes while making sure his client, the lender, gets paid. Telling those stories could be helpful.”