“I don’t know whether to shake your hand, or kiss it, or bow, or what. I feel like breakdancing.” -Cleo McDowell, Coming To America 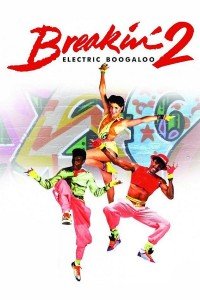 About three and half years ago, my friend, foreclosure Defense Attorney Glenn Russell argued the Ibanez/Larace case before the Supreme Judicial Court of Massachusetts. When the SJC ruled in favor of the two homeowners, foreclosure activists and Neil Garfield Enthusiasts began jumping up and down so much that you thought they were all going to start break dancing like Shabba-Doo in Breakin’ 2: The Electric Boogaloo. These naive arm chair experts all claimed it was the beginning of the end for the big banks stealing homes from people around the country.

The Ibanez ruling did impact foreclosures in Massachusetts but contrary to what foreclosure activists predicted, it had no impact on foreclosures in the rest of the U.S. Unfortunately, it appears that pro-se and pro-per litigants outside Massachusetts never got the memo saying got the ruling doesn’t apply to them. They continue to cite it in their briefs in places like Florida and Michigan where judges ignore it because its irrelevant.

In July of the last year, the California Supreme Court ruled in Glaski v. Bank of America that homeowners had a right to question the legitimacy of the assignment of their note and Deed of Trust.  I am now starting to see the same thing that happened with Ibanez. Idiot attorneys and pro-se litigants outside California citing it in cases and posting on social media how this ruling marks the beginning of the end for the big banks. As Yogi Berra said, “This is deja vu all over again!”

I agree this is a huge ruling for a state like California who’s lending and foreclosure laws are not only convoluted but defy any logic.  Unfortunately, any celebrations about it being a win for homeowners nationwide is not only premature but it’s also shows the ignorance of activists and the arm chair lawyers.

First, this case is still active in the California courts and if and when a favorable ruling is handed down, it will only apply to California. Second, most state supreme courts have ruled that either a mortgagee, note holder or their representative can foreclose on a homeowner. So you have to show that both the mortgagee and the note holder lack standing.

This is also harder than it sounds and a lot more expensive especially in non-judicial foreclosure states and not something I would recommend for you Do-It-Yourself lawyer types.

Oh, for those of you who didn’t know, the Ibanezes have since been evicted from their home.