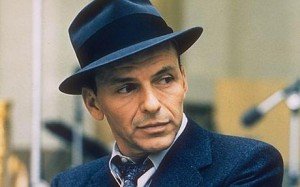 According to our friends at Purple Mango, the late great Frank Sinatra’s former 2-story Manhattan condo at 530 East 72nd Street where he lived from 1961 to 1972 is up for sale again for $6 million. Once described as a “glittering grotto in the sky” by Andy Warhol, the condo sports four bedrooms, 6 bathrooms, a contemporary kitchen. a glass staircase and a penthouse view of the East River. According to the listing, the unit was extensively renovated in 2008 based on Sinatra’s original decor from 1961 that legend said he did himself.

The unit is not only famous for the parties Sinatra had there but for the romantic trysts he had with some of Hollywood’s A list actresses like Angie Dickinson. Rumor has it, it is also the place where Sinatra coined the phrase, “Eggs Danny Thomas Style” after actor Danny Thomas’ rumored bizarre scat fetish.

This is the third time in 3 years the unit is on the market. In May, the property was bought by the CEO of Chinese tech giant for his daughter for $5.5 million from the previous owners, Rubicon Property founder Jason Haber and real estate broker Gregory Spock who put it on the market in the autumn of 2012 asking $7.7 million for the party penthouse.  Haber and Spock bought it for $2..3 million in 2010 from Penny Hart, president of Tri-State Consumer Insurance. 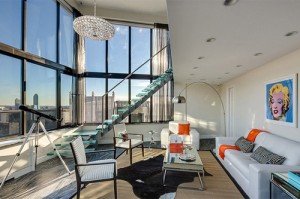 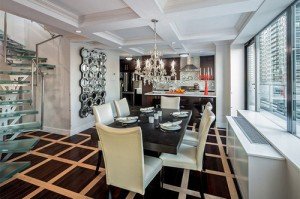 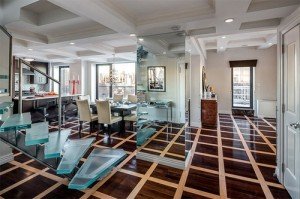 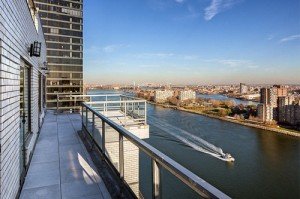 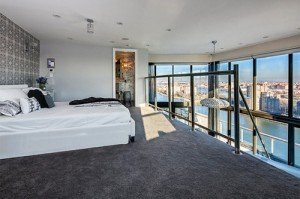