“You’re going to find out, if you stick around, that a lot of the people holding political power are some bizarre incompetent sons of bitches” -Detroit Political Consultant Adolph Mongo

After nearly two weeks of watching Wayne County Treasurer Raymond Wojtowicz and his Wayne County Deputy Treasurer David Szymanski handle the drama of who will be the new owner of the world’s largest industrial ruin, I now understand why six former Soviet Republics have a higher governmental bond ratings than Wayne County. The level of ineptitude by the Treasurer’s Office is mind boggling. Its as if Wayne County has let this auction turn into a really bad episode of Storage Wars from Bizarro World.

For those of you not keeping track, here’s what happened.

On the first day of bidding on the October 8th wayne County Tax Auction, someone placed the minimum bid of $21,000. For the next 2 1/2 weeks there was no activity until the afternoon of the final day of bidding. Then, three hours before the end of the auction, there were over 100 bids with bidding jumping to $601,000 by Peruvian based developer Fernando Palazuelo. Palazuelo,  Chicago Developer Bill Hults and Texas Doctor Jill Van Horn turn the bidding into a high stakes poker game with Palazuelo bowing out at about $2 million.

Like the coked-out Poker players who hang out at the Casino Royale on the Las Vegas Strip, Hults and Van Horn drove the price up to over $6 million with Van Horn coming out on top with the the winning bid of $6,038,000.

After missing deadline after deadline for payment to Wayne County and reading about the crazy press releases Van Horn’s representatives were sending to Detroit media, Wojtowicz and Szymanski nullified Van Horn’s bids and approach Hults as the runner-up. Wojtowicz and Szymanski decide to roll back Hults’ winning bid to $2.03 Million. The amount they claim was Hults’ bid before he and Van Horn engaged in their crazy bidding war. According to the Detroit Free press, “Hults’ bid before the bidding war with Van Horn was actually $2.2 million“.

Hults is no stranger to the Wayne County Treasurer’s office. In September, he tried to buy the Packard site from Wayne County prior to the county’s annual tax auction. The Treasurer’s Office told Hults in August they wanted the $750,000 tax bill owed by former owner, Dominic Cristini plus an additional $250,000 for some unknown reason. They also informed him he had until September 13th to ante up or the 40 acre site was going to auction for $1 million.

Hults missed the several deadlines and Wayne County listed the site in the first round of the auction. No one bid the minimum bid of $1 million, so the Packard site went to the secondary with starting bids of $21,000.

Hults missed the November 4th deadline and was given an extension until today, November 6th. According to the Detroit News, if Hults fails to pay $300,000 on November 6th Palazuelo would be the top bidder.

Today, the county accepted another $100,000 payment from Hults and the Treasurer’s office came up with another excuse for not nixing Hults’ bid.

According to a statement Wojowicz made to the media, “Based on the significant earnest money that has been placed with our office I feel it appropriate to meet with Mr. Hults and his team and hear them out as to their position relative to the Packard Plant. Nothing done has disturbed our focus on following the law in relation to the auction of tax foreclosed properties and seeking a return of this property to proper utilization.”

Unfortunately, it will cost Wayne County taxpayers and makes absolutely no sense.

Szymanski told the Detroit News, “the price for Palazuelo would roll back to about $400,000 because that was the last competitive bid before a bidding war emerged between Palazuelo, Hults and Van Horn.”

This is a far cry from the what Szymanski told the Detroit Free Press on October 26th after the auction concluded, “So we anticipate we will have somebody perform at around $2 million, in a worst-case scenario,”

This Wayne County tax auction shows that Wojtowicz and Szymanski are truly inept when it comes to being savvy business people and are both examples of the broken status quo that Wayne County voters seem to accept. 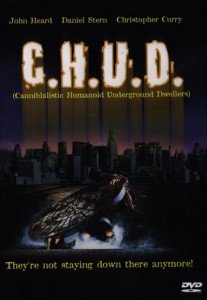 I know it sounds harsh but let’s be realistic, what business owner is going to voluntarily slash is his sales price from $2 million to $400,000 when a buyer is willing to pay $2 million or drag out a sale on a guy who has a history of not performing like Hults.

Wojtowicz and Szymanski should have known that any bids over the $2 million mark were not serious offers. Come on, it’s just common sense. No serious real estate investor would pay $6 million for a piece of property that is so contaminated that it needs $20 million in environmental cleanup to chase way the mutant creatures from C.H.U.D. that probably live in the underground catacombs?

After kissing Jill Van Horn’s ass for a week for money that she never had, Szymanski then goes to the runner up, Bill Hults and voluntarily cuts his winning bid from $6 million to $2 million. Like, Van Horn who had trouble getting her money together, Hults asks and receives an two extensions to come up with the money and the county keeps cutting him slack. Remember, this is the same guy who 6 weeks before couldn’t come up with $1 million to buy the property before it went to auction.

Wojtowicz and Szymanski do have a back-up plan in place if the imaginary millionaires they keep chasing like the kids chasing the leprechaun in a Lucky Charms cereal commercial don’t pay up.

Yesterday, Szymanski told the Detroit News, if Hults doesn’t perform, the new contender is going to be Fernando Palazuelo and Palazuelo’s bid will be rolled back to $400,000.  This is after Palazuelo openly admitted to Detroit media last week that he legitimately bid over $2 million for the site.

It appears that the Abbott and Costello of Wayne County are totally inept when it comes to negotiating business deals. Then again, this kind of ineptitude is what Wayne County taxpayers have come to expect from their elected officials.