Conservative or Liberal. White or Black, Politicians All Over Michigan Are Looking For A Free Handout

For over a century, Roma Cafe has witnessed Michigan and Detroit’s rise and fall. The story of Roma Cafe also shows the optimism Detroiters have toward the future of the city.

“Money and corruption are ruining the land, crooked politicians betray the working man, pocketing the profits and treating us like sheep, and we’re tired of hearing promises that we know they’ll never keep.” -Ray Davies

White suburbanites will immediately blame Black Democrats for the City’s ills after watching this. These Joe Six-Packs and 9-to-5ers have no clue to what it is like operating a small business in Michigan. Furthermore, they fail to understand Detroit is not the only city that charges you a tax for idiotic things. Many other Michigan cities also charge you taxes that make absolutely no sense. Michigan cities charge you a “Personal Property Tax.” This is a tax based on the value of your office equipment and furniture. 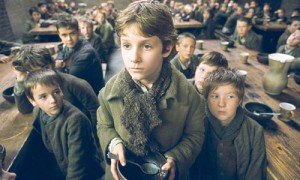 I remember about 15 years ago when I was involved in Oakland County politics, an immigrant restaurant owner in the Detroit suburb of Farmington Hills was ordered by the zoning department to remove his flag pole in his parking lot because the pole was 3 inches too high and the American flag he was flying was too big. If he refused, the city would fine him $500 a day until he removed it.

On the opposite side of of the Detroit suburbs, cities like Warren will fine you if your grass is above a certain length and they have zoning people that will go to your business when you are not there and measure it.

Employees in Wayne County government do the same thing as I wrote about in March when I went to file a Quit Claim Deed for Kelly Parker at the Wayne County Register of Deeds.

The problem is everyone, white, black, conservative or liberal has their hand out looking for easy money.