I first discovered trottforforeclosure.com last month when I began getting traffic from it. The anonymous creator of the site decided to post links to articles and excerpts of articles I wrote about David Trott and his foreclosure mill, Trott & Trott on MFI-Miami. For the record, neither MFI-Miami or I have any connection with whomever is behind trottforforeclosure.com nor do I know who it is that operates it.  However, I do find the site kind of amusing with it’s snarky comments. 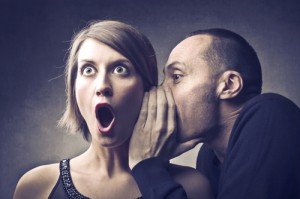 The site is in response to David Trott’s announcement that he is seeking the GOP nomination for Michigan’s 11th Congressional District against Tea Party Activist and current Congressman Kerry Bentivolio.

There is also a blog posted by “Toad” the site administrator dated September 12th that states something that only a GOP insider or someone in the foreclosure litigation world would know. David Trott used his financial muscle and influence within the GOP along with $26,000 in campaign contribution to PACs affiliated with former skirt chasing Michigan Attorney General Mike Cox to get his wife Kappy Trott, a high ranking job in the Michigan Attorney General’s office. Ironically, Cox’s cuckolded wife Laura, a Wayne County Commissioner, is Trott’s Campaign co-chair.

Kappy Trott still has her job at the Michigan Attorney General’s office under current Attorney General Bill Schuette thanks to nearly $40,000 given either directly or indirectly from David Trott, members of his family and employees of Trott & Trott and his affiliated companies to Bill Schuette’s campaign. Trott was also Michigan Finance Chair Of Mitt Romney’s Presidential Campaign last year after he gave Romney’s super PAC $200,000.

The site also claims Trott is adamently pro-choice and gave generously to former Michigan Governor Jennifer Granholm’s two gubernatorial campaigns. this is another indication the creator of this site is active in the Michigan GOP.

Trott’s holdings include the Detroit Legal News and it’s sister publications legal publications across the state, Greco Title and Phillip R. Seaver Title Company that he later merged both with his Lawyers Title Agency.  Trott also owns Coldwell Banker Weir Manuel Real Estate, one of the largest real estate brokerage firms in the Detroit area. These companies give Trott a near monopoly on all things foreclosure and it allows him make between $25,000 to $50,000 off someone being in foreclosure which allows him to be generous to the politicians willing to do his bidding.

Trott received international attention last year when he attempted to illegally foreclose on retired Green Beret Jeff Reed and in 2011 when he callously evicted 101 year-old wheel chair bound Texana Hollis in the rain and left her on the curb with all of her meager possessions.