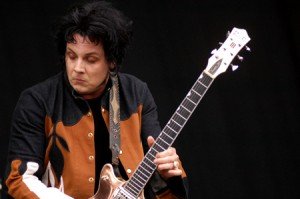 Detroit’s Masonic Temple, one of the largest Masonic Temples in the world has been rescued by Jack White from the band, The White Stripes who donated $142,000 to the to the Masons to prevent it from being seized by Wayne County, Michigan at tax auction.

According to the Wayne County Treasurer’s office, the county took possession after the owners of the property, the Masonic Temple Association, failed to pay two years worth of property taxes equaling nearly $152,000.

In return, the world’s largest masonic temple renamed its Cathedral Theater to the “Jack White Theater,” where the local musician has played and where his mother used to be an usher.

Detroit Masonic Temple Association President Roger Sobran told the Motor City Muckraker, “Jack’s donation could not have come at a better time and we are eternally grateful to him for it.  Jack’s magnanimous generosity and unflinching loyalty to this historic building and his Detroit roots is appreciated beyond words.” 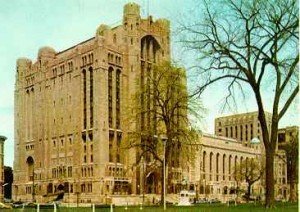 The building building which was built in 1920 is the largest Masonic Temple in the world.  The temple, home Detroit Derby Girls Roller Team, comprises 550,000 square feet with the temple’s Masonic Theatre seating 4,404 people, and has been a stop for generations of touring Broadway shows and other events.  The building also comprises of two ballrooms, office space, dining rooms, bowling alley and a barber shop.