The FHA Wall was the U.S. Government’s Version Of Apartheid 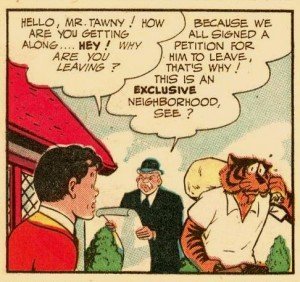 Growing up in the white Detroit suburbs in the 1970s and 1980s, I had never heard of theFHA mandated Birwood Wall until I was in mortgage lending about ten years ago.  Up until then. I just thought of it as just a wall. Like many of the decaying ruins from the industrial revolution that make up Detroit, the Birwood Wall had a story behind it. I learned it was Detroit’s version of the Great Wall of China and was built by the Federal government to keep black people out of an all-white neighborhood.

Steve Neavling at the Motor City Muckraker learned the origin of the wall,

“In 1940, the Federal Housing Administration refused to back a loan for a new housing development just south of 8 Mile on Birwood unless the developer erected a half-mile-long wall to keep out a growing number of black families who were trying to become homeowners. At the time, the federal government routinely denied mortgage assistance in areas considered too close to black communities.”

Like the Great Wall of China before it, the Birwood Wall failed to keep out the very people it was meant to stop.  Within 20 years of the wall’s construction, Detroit’s demographics changed dramatically as white homeowners flocked across 8 Mile to the perceived sanctuary of the lily white suburbs of Oakland and Macomb counties.

Like the remains of the Berlin Wall, the Birwood Wall is no longer a thing of hate but a symbol of hope as both white and black residents of the neighborhood have transformed the wall into a half mile mural with homeowners taking pride in their section of the wall.

The wall depicts Sojourner Truth is coming out of the underground railroad at the very beginning of the wall with angry members of the KKK looking on as they are unable to stop her.