“Are you aware of the fact that your bank is turning its customers over to a processor that based on the complaints posted appears to not only lack basic competency but also poor customer service? Many of the complaints are former BofA customers, is this how you want your bank to be remembered?”  -Charles Giannotti in an email to Bank of America CEO Brian Moynihan

Since the beginning of the year, hundreds of thousands of homeowners with loans being serviced by Bank of America have been receiving notices that the servicing of their loans is being transferred to Nationstar Mortgage, Greentree Servicing or M&T Bank.

On the surface, it looks like Bank of America is selling the servicing rights to these loans to raise quick revenue but when you dig below the surface there is another reason.  Bank of America is doing this to avoid their obligations under the National Mortgage Settlement they signed last year.

Sturzenegger realizing that it would be more lucrative for Bank of America to wash their hands of these loans then it would be to comply with the settlement began looking for buyers or someone to or someone to act as a subservice the loans.

Sturzenegger faced the same dilemma faced by former Countrywide Financial CEO Angelo Mozilo when he went looking for someone to buy Countrywide in late 2007 and early 2008.  Not many reputable servicers want 400,000 shaky or sour loans because, like Bank of America, they face the same issues with complying with the National Mortgage Settlement.

It was then that Sturzenegger and Tony Meola, Bank of America’s Executive of Fulfillment Operations came up with idea to sell these loans to Nationstar Lending, Greentree Servicing and M&T Bank. These entities are NOT regulated by the Office of the Comptroller of the Currency and do not have to abide by the OCC Consent Order which outlines strict guidelines on dual tracking payment processing and single point of contact.  The three servicers haven’t been under any scrutiny regarding TCPA or other consumer protection acts so they made the perfect candidates.   Sturzenegger and Meola soon realized that it would be a double bonus if these three entities would be willing to act as a subservicer because then Bank of America would still receive part of the proceeds for servicing the loan but have none of the responsibility.

In order to sell off the servicing or subservicing rights to the 400,000 loans that fall under the National Mortgage Settlement that the Legacy division is handling,  Bank of America needed to sell off the servicing of approximately 1.5 million loans that were current so that the successor servicer would be eligible for modification incentives from the federal government under HAMP or HARP. 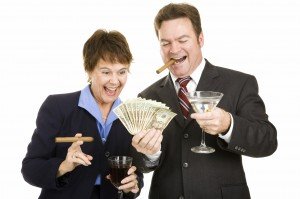 Sturzenegger and Meola did face an unforeseen problem, Nationstar did not pass Bank of America’s due diligence tests for subservicing, but with Meola’s connections at Nationstar (they all worked together at Saxon Mortgage), they made it compliant.

Moynihan, Sturzeneggar and the rest of Bank of America’s Legacy Division were well aware of the horrible reputation these companies when they inked the deal in January but at the end of the day it was all about the Benjamins and bonuses.

Everyone in upper management at Bank of America was pleased with their decision until Brian Moynihan received the below email from his friend, Charles Giannotti who didn’t seem too happy that the servicing off his loan was being transferred to Nationstar.  You can read the complaints on Consumer Affairs here.

This email apparently made Moynihan jump to attention because after receiving it he forwarded the email to Sturzeneggar who then forwarded it to one of his Senior Vice Presidents, Colleen Reasner who naturally brought in other senior vice presidents.

What’s really interesting in these emails MFI-Miami obtained from an insider at Bank of America is how these executives are scrambling to spin this with the public to cover their collective asses.

Greentree Servicing is so abusive that Class action lawyer Preston W. Leonard told me, “I’ve never received so many calls and emails complaining about a publicly-held U.S. company. It is astounding.”


His Boston consumer protection law firm Leonard Law Office, LLP is representing plaintiffs in a nationwide TCPA class action against Green Tree Servicing  for allegedly placing as many as 100 robo calls to an account holder’s relative.  You can read about his lawsuit here as well as the many complaints he has received from consumers about Green Tree.