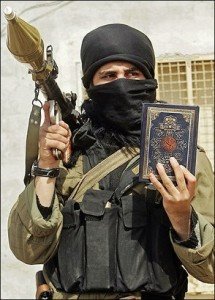 Three Detroit-based real estate investment firms with alleged ties to terrorist group Hezbollah are being sued by Kathryn Llewellyn-Jones and other investors from Australia, Great Britain and Yemen who claim they are victims of an elaborate Ponzi scheme where defendants would buy “worthless” property in the city of Detroit and then sell them at inflated prices to investors.  Llewellyn-Jones and the other plaintiffs are seeking $300,000 per property in compensatory damages, and $1 million per property in punitive damages, for fraudulent misrepresentation, fraud, breach of contract, and racketeering.

The complaint filed in U.S District Court in Detroit states,

“Defendants Sameer Beydoun, Ali Beydoun, David Makki, and Mike Alaweih, doing business as defendants, Metro Property Group, Apex Global Properties LLC, and Global Power Equities LLC, purchase extremely rundown, rarely tenanted, usually uninhabitable properties out of foreclosure from the City of Detroit, and they are, upon information and belief, the single largest purchaser of such foreclosed Detroit homes. Upon information and belief, Ponzi scheme defendants have purchased thousands of such homes for between $500.00 and $5,000.00 and/or similar small amounts. (Ponzi scheme defendants purchase a scant few homes for larger amounts.) They make a profit by duping and defrauding investors, including plaintiffs, into buying them for $40,000.00 to $50,000.00 and/or similar amounts.

Defendants know that the homes, even if they are refurbished at a cost of thousands of tens of thousands of dollars (which is not the case with any of the homes that Ponzi scheme defendants sold to plaintiffs), will be unlikely to rent out to third parties because of their mostly undesirable and destitute locations, and that, even if the homes do rent out to third parties, the prevailing average amounts of rents in the areas in which the homes are located are so low that they will not cover the cost of repairs and the prices at which they sell the homes to third parties, including plaintiffs.”

The Plaintiffs allege defendants hired former Detroit News reporter, Darci McConnell, and accuse her of aiding defendants in the scheme, although she is not named as a defendant.

The plaintiffs claim that Beydoun and other defendants have ties to the Lebanese terrorist organization Hezbollah.

Given several of defendants’ ties to Hezbollah, plaintiffs fear that the money from which they (and other similarly defrauded parties) have been defrauded by Defendants may have, in part, been laundered to Hezbollah,”

Below is the complaint filed by Plaintiff’s attorney, Deborah Schlussel: