Attorneys for the U.S. Attorney’s Office allege Bilal Haidar now 27,  lied about having a job and bank account on a mortgage application for nearly $742,000. 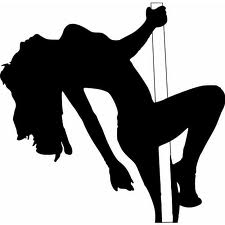 The FBI says  Haidar lied on the mortgage application in 2006 for the house he wanted to purchase the Detroit suburb of Dearborn Heights.  They allege Haidar lied by saying he was the owner of a car repair shop, had $93,000 in the bank and that he would be living in the home he wanted to buy for $927,000.  The mortgage eventually ended up in the hands of Bank of America when Haidar filed Chapter 7 Bankruptcy last year.

According to the complaint filed in federal court, all of this came to light when Haidar filed bankruptcy last year.  The complaint alleges Haidar never reported any income from the shop to the Internal Revenue Service and the FBI investigation found no bank records to back up his claim.  Federal Prosecutors allege that during his Bankruptcy hearing Haidar also admitted the house was really for his brother, Marwan who partnered with him during his tenure as a kingpin of Detroit Strip Clubs claims he had no income from 2007 through 2012.  When pressed by Bank of America’s attorney, Haidar replied, “I never made a living. I wasted my life.”

Haidar who served time in prison for fraud and his brother Marwan “Marvin” Haidar rose to fame in 2010 after gaining control of six dilapidated adult clubs and renovating them with gaudy exterior marble facades, large Roman pillars and Kevlar-outfitted security guards.  The Haidar Brothers  also made enemies as quickly as they rose in the ranks.  They would drive around in their $120,000 Mercedes Benz automobiles threatening city officials and warning reporters they were wired with recording devices.

The Haidar brothers are the sons of Lebanese immigrants and according to the Detroit News, “Marwan Haidar claimed in court papers he dropped out of school at 14 to feed his family. He’s since helped build a strip club empire that has his lawyer likening him to the legendary showman Barnum and his own assistant joking that he’s an animal that needs to be “caged up.”

Below is a promotional video the Haidar Brothers posted for one of their clubs in their heyday hosting a  “When You See me you gonna see my Goons Party” featuring, “Jazzy and her deliciously thick ontourage of female Goons!!!”

Marwan Haidar said the chain spent at least $50,000 a month on legal fees during their rise to power so they could hire lawyers to watch lawyers and at the time claimed he and his brother would prevail against the city, county and their many enemies with “super lawyers.”

Three years later, the clubs have different names.  It’s unclear if the Haidar brothers are still involved in them or not and Bilal Haidar is again being accused of fraud.