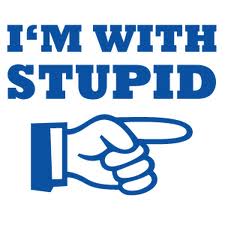 One of the biggest problems the U.S. is having right now in fixing the housing crisis. Reforming banks like Bank of America is the key.

A racist lawyer from Idaho tried to convince me the financial crisis was some secret Obama conspiracy. Apparently, Obama wants to turn America into Islamic colony. He also started spouting out Alex Jones’ conspiracies involving the Illuminati and the Freemasons.  The truth is it’s the banks and the government trying to fix this problem on the cheap.

People don’t understand is that you’re not really talking to an actual employee of BofA when you call.

You’re speaking with a contractor who has authority to use the BofA name. They can take your documents. They go through a check list provided by BofA. Then they enter the information into a computer. If the computer accepts the docs, the documents goon to further processing at Bank of America.  In many cases, these Bank of America contractors use unskilled workers who are paid minimum wage. They are also forced to work 50-60 hours a week.  As you can imagine, they hate their jobs.

“Weaseling out of things is important to learn. It’s what separates us from the animals! Except the weasel.” –Homer Simpson

Bank of America does this for a few reasons. First, they don’t have enough staff to handle the calls. Its cheaper to outsource it. I’s also good for plausible deniability. The banks have taken the strategy of “Play Dumb And Point the Finger.”

This policy benefits BofA by saving them money and saving the asses of their executives. However, when you couple that with Detroit foreclosure mills like Randall S. Miller and Associates, Trott & Trott and Orlans Associates who follow the same business model you have a serious problem.

This type of business model leaves nothing but a trail of devastation in it’s wake and in many cases the foreclosure mill who handled the foreclosure, like in the case of Orlans and Trott, handle the post-eviction sale of the property.    Most post-eviction sit vacant for months or years, especially in places like the Detroit metro area, before the mortgage servicer will sell the property and it’s for the sole purpose of manipulating housing prices by creating of artificial supply and demand.

Unfortunately,  the downside of this is that our communities suffer as these properties digress from beautiful to dilapidated and then to blight.  This digression leads to another problem – squatting.

In Laura Berman’s column from the Detroit News on Thursday about the efforts of a block club (a Detroit version of an unorganized Homeowners Association) to clean up their neighborhood, she wrote about one graffiti covered house that public records showed had been owned by Bank of America for 12 months.  Berman writes about the run around Bank of America gave the neighbors who bombarded everyone from the local Bank of America branch manager to CEO Brian Moynihan with emails about the squatters living in and destroying the house.  Being the good journalist she is, she then contacted Bank of America to ask questions after interviewing members of the block club. Bank of America media relations tried to convince her that the property, “has not completed the foreclosure process; legal responsibility and authority for the property condition remains with the owner.”