They Have Left Housing Policy To Bureaucratic Dictator Ed DeMarco

“Weaseling out of things is important to learn. It’s what separates us from the animals … except the weasel.” -Homer Simpson 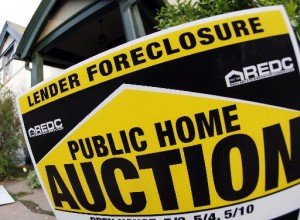 If you have ever tried to talk to a politician about housing or the financial crisis you usually get either a blank stare or tilted head dog look for about a minute until they can figure out how to use it to segue into the talking points their party bosses have given them.  That’s not the worse of it, for every higher office you go, the lower the experience level of the staffer you get.

For example, if you call your local state Representative or Assemblyman you usually get your actual Representative or Assemblyman who gives you the “Deer-In-Headlights” look and at least puts on some type of idiotic effort and connects you to some housing non-profit that gets their funding from the banks and then washes his hands of it.  If you call your member of congress you usually get the newest paid staffer who gives you a list of housing agencies and the toll free number to Fannie Mae and Freddie Mac customer service center in India or Central America.

That is if they even want to help you.  I had this client call her Michigan Congressman last month who sits on the U.S. House Financial Services Committee because of her situation and the run around her and her lawyer were getting from taxpayer bailed out Fannie Mae.  Her congressman’s office flat told her they had no idea who to call and could not help her.

I then reached out to Michigan Senator Debbie Stabenow’s office who’s staff was even more useless and acted like they could care less and were downright hostile to me when I called on her behalf even with a signed authorization to discuss the situation.  This is not the Debbie Stabenow I remember from working in Michigan Democratic Party politics back in the 1990s who’s staff used bend over backwards to help her constituents.

It’s not just members of the Michigan delegation, it’s nationwide.  I’ve had clients from New York call Senator Chuck Schumer’s office, clients from Florida call Marco Rubio’s office, clients from Kentucky call Mitch McConnell’s office, Arizona clients call John McCain.  All these clients told me that at the end of the day their Senator did nothing for them.  However, not all Senators take this approach, the staffs of Senator Al Franken of Minnesota and Bob Corker of Tennessee bent over backwards to help and even followed up with me and my client about 30 days later make sure Fannie  Mae was on top of there case.

It’s as if the majority of Congress wants to bury their head in the sand about the financial crisis especially when it comes to financial oversight of Fannie Mae and Freddie Mae.  It’s as if they’re more interested in dining on the Blue Bay Mussels at Old Ebbitt Grill which are awesome by the way and hobnobbing with lobbyists then to listen to their struggling constituents.

My clients and I are not the only ones who have noticed this.  The mainstream media has finally started to notice this as well.  On Monday, the Washington Post ran a piece about how as we approach the five-year anniversary of the $131 Billion bailout of Fannie Mae and Freddie Mac, congress has failed to overhaul the GSEs and have chosen instead to do what they do best, settle on the status quo by placing a career bureaucrat like Ed DeMarco in charge of them until they are motivated to reform it.

But like the Post points out, “Too many people benefit from the current system, and too many people have something to lose in any overhaul.”

“In the pre-crisis days, Fannie and Freddie occupied a strange place in the American corporate landscape. They were private companies with shares traded on the New York Stock Exchange, dedicated to maximizing profits for shareholders. Their executives were paid well and they employed scores of lobbyists. But they also had the implicit backing of the U.S. government, ensuring that the millions of home mortgages they packaged were nearly as risk-free as lending to the government itself. Heads, we (Fannie and Freddie shareholders) win. Tails, you (the taxpayer) lose.

That created some bizarre incentives. For ordinary homeowners, it meant lower mortgage rates than they would have had otherwise. For politicians, it meant a steady stream of campaign donations and other support so long as they remained supportive. It meant that it seemed to the government like a free lunch, because there was no annual appropriation to the companies.

Of course it wasn’t free at all, and when the housing market collapsed in 2008, the bill came due for the U.S. government—the aforementioned $131 billion bill, to be precise.”

Since Geithner, Paulson and the rest of the financial funky bunch of former Goldman Sachs executives that control American banking put Fannie Mae and Freddie Mac into the purgatory of “conservatorship,” they remain for-profit entities with the taxpayer acting as their sole investor who is footing the bills for their losses with the Treasury Department dictating their day to day operations.

Because Fannie Mae and Freddie Mac now account for 90% of the mortgages issued in the United States thanks in part to post collapse role of acting as funding source during 2009 and 2010 when the banks refused to lend money to homeowners.  As Neil Irwin points out, “It is hard to even imagine how much worse the housing collapse would have been if, when the banking sector was in dire shape, there had been no federal backstop to keep dollars flowing to homebuyers.”