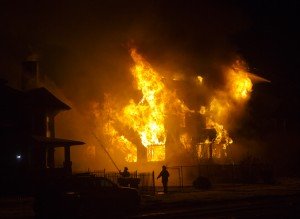 The skyline of Detroit is silhouetted at night from the arson fires that plague the city. Brave Detroit firefighters battle fires around the clock with inadequate trucks and unsafe ladders.

Detroit firefighters fight fires with holes in their boots and use non-functioning respirators.

Yet, these brave men and women refuse to give up. The thought of laying down the burden or letting someone else do the job is not in their vernacular.

There are no new recruits climbing through the ranks to replace them.  So they wake up in the every morning, put on their uniforms and do their jobs the best they can because people are relying on them.

They do this every day as Detroit descends further into financial chaos.

The City Of Detroit Claims They Can’t Firefighters But Is That True?

It appears finances at City Hall were not as bad as city council and the Mayor’s office was letting Detroit firefighters believe. Investigative Reporter Steve Neavling at the Motor City Muckracker made a very disturbing discovery. This discovery should anger every Detroit resident and make Detroit firefighters want to let city leaders become intimately acquainted with the full 290 PSI of the water from a fire hose. 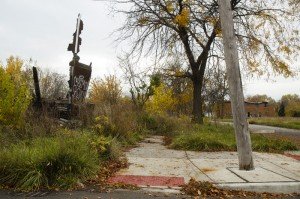 You can see the collection of this waste of tax money in Steve Neavling’s photo gallery.

The City did this while they made Detroit firefighters work in sub-Dickensian conditions. Fire trucks didn’t also run due to lack of maintenance and the city was closing fire stations.

Support local investigative journalism like you see at the Motor City Muckraker.  Steve Neavling is one of Detroit’s premier investigative journalists and a former City Hall reporter for the Detroit Free Press.  That was until Detroit City Council President Charles Pugh had an adolescent temper tantrum about how Neavling quoted him in an article and pressured the Detroit Free Press to fire him. -Steve