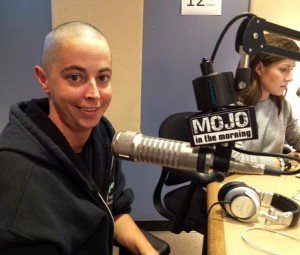 I have been writing about my friend Kelly Parker. Kelly Parker is a single mom from Detroit who is battling cancer. She is also battling the bureaucratic nightmare of Wayne County. Wayne County was trying to take her home. It was pretty clear the City of Detroit overcharged her on her property taxes by 400%.

MFI-Miami was able to get the tax bill lowered from $9300 to $500. This was after fighting with Wayne County for two months.

Kelly paid it thanks to a check from Bank of America. The Wayne County Treasurer’s Office deeded the house back to her. We thought the nightmare of dealing with Wayne County government was finally over.  Boy, were we naive.

It was decided Kelly should create an Irrevocable Trust and deed the house to the Trust.

I wrote up a Quit Claim Deed deeding the property to the Trust. I had the good fortune of getting help from another Register of Deeds and drove it to the Wayne County.

The Black On White Racism At The Wayne County Register of Deeds Is Truly Ghetto Fabulous!

I arrive at the Register of Deeds and wait for the one lone employee working the counter to help. I see four women in the background shooting the breeze. One of the women is speaking so loudly I can hear her through the Plexiglass. She is describing what she thinks of her baby daddy and his lack of endowment.

I wait for nearly an hour with only a handful of people in the office. A gap-toothed black woman at the counter reviews the document. She slides it back to me under the bulletproof glass. The rather large woman then proclaims, “It unacceptable!” 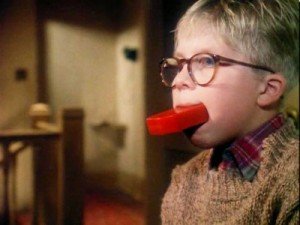 I then ask her why, she says, “Do I look like a muthafuckin’ lawyer?”

Obviously, this ghetto fabulous diva spent too many of her impressionable years in the hood. She obviously didn’t have a mother who wasn’t afraid to use a bar of soap on her for her language.

I tried to explain to her that two other Register of Deeds offices reviewed it and said it was acceptable under Michigan law.

She brings over her “supervisor” who just happened to be the woman who minutes before was complaining about her baby daddy.

The supervisor comes to the window and asks what the problem was.  I tell her and then she then tells me the legal description and the notary stamp was not to their “standards”.

I protest further when she says, “If you don’t like it, go cry to Uncle Bobby! WHITE BOY!”

I soon learn that I’m not the only one who has experienced this kind of behavior at the Wayne County Register of Deeds.

One guy emailed me and saying:

I work for a title company in the suburbs and my boss sent me down there to record a bunch of quit claim deeds and mortgage assignments.  The woman at the counter at the Register of Deeds office refused to accept them with no explanation.  After my protests fell on deaf ears and I walked away from the counter. A gentleman then came out from the sarcophagus of Plexiglass and said, “Follow me, I can help.”  So I follow him into the elevator and he tells me the woman wanted me to give her a “tip” for her trouble.  He then tells me, “Give me $100 and I’ll get those docs filed for you in 10 minutes.

I experienced the same thing when I went to record a deed.  It’s because black people in Detroit blame us whites in suburbs for their problems.

The other emails I received seem to be follow along these two themes.   It’s low level employees that want some “incentive” to do their job.

One other person put it:

Its Black on White racism that is pandemic through Wayne County government.

Is It Black On White Racism Or Low-Level Pay-For-Play? 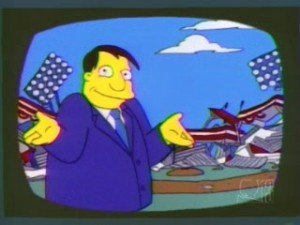 Wayne history has a long sordid history of “Pay For Play” and other elements of old-school corruption. Corruption has been around so long that it has become the mainstay of Detroit and Wayne County politics.

It makes sense that low level employees feel they are justified in wanting an “incentive” from people. The problem makes the county look no different than Tijuana, Mexico.

Matter of fact, I was approached by several African-American Register of Deeds employees who witnessed the incident.  They made it a point to come over and express their embarrassment about the incident and apologize.  So if it was racially motivated, it was just couple ignorant women not the representative of Wayne County’s African-American population.

I do think the problem is two tier problem.  The first is how the Wayne County trains their employees in the areas of customer service.  Talking like some foul mouthed ghetto diva is not the way to make Wayne County Government a world class organization.  The second is the politics of patronage and nepotism that have plagued Wayne County and Detroit for nearly a century. If Detroit is going to make a comeback the institution of Wayne County government as a whole is going to have change.  If not, you might as well hook Detroit up to Jack Kevorkian’s Death Machine and walk away.