The Day Of Reckoning Is Here For Bill Schuette

“Man looks in the abyss, there’s nothing staring back at him. At that moment, man finds his character. And that is what keeps him out of the abyss.” -Lou Mannheim

For nearly two and half years, I have been writing about how two major foreclosure mills based in Michigan have been committing document fraud in close to a half-dozen states and how they have escaped the scrutiny of two Michigan Attorney General Bill Schuette and his predecessor, Mike Cox because of their political ties and contributions to both their respective political campaigns and contributions to the Michigan Republican Party.

On my way to South Florida last week to testify at three separate trials involving what I allege are illegal foreclosures by JPMorgan Chase, two events happened in Michigan that will force Michigan Attorney General Bill Schuette to stare in the abyss and decide the measure of the man he wants history to remember him as.

The first was former Michigan Supreme Court Justice Diane Hathaway pleading guilty to the government’s weak case of bank fraud and admitting to misleading ING Direct in order to for them to expedite the short sale of her home in the posh Detroit suburb of Grosse Pointe Park. I still contend she should have fought these charges because the government had a weak case and because this case was more about political hype than it was about mortgage fraud.  Also, because the U.S. Attorney’s office in Detroit doesn’t exactly have a stellar track record when it comes convicting white collar criminals or political corruption cases.

On Tuesday, it was obvious that Bill Schuette could hardly contain his jubilation over her guilty plea. Bill Schuette was so excited that the crowd that gathered outside the courthouse was expecting him to start break dancing and sing “Ding Dong! The Wicked Witch Is Dead!” 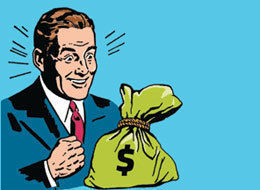 Although, that probably would have been a big hit with the Young Republicans of Michigan, all Bill Schuette did was reiterate his proclamation, “Public corruption scandals have damaged the public’s trust in government and tarnished our state’s reputation.”

The second was on Thursday, when word broke out that Lender Processing Services along with its subsidiaries, LPS Default Solutions and DocX reached a multi-state settlement 45 state Attorneys General to resolve allegations of unlawful foreclosure practices and robo-signing for $121 million.

Schuette was pretty excited about the settlement considering his office has done nothing to combat robo-signing or mortgage fraud.  He was also one of the last of the state Attorneys General in November to bring charges against LPS’s now defunct DocX subsidiary and it’s founder Lorraine Brown which he did in the event a settlement was reached.

You would have thought Bill Schuette just got a visit from the late Ed McMahon and the American Family Sweepstakes Prize Patrol when he got word Michigan was receiving $2.5 million from the settlement because he was beaming in front of cameras and acting like his staff worked long and hard on the investigation.  Bill Schuette was pleased by this paltry sum because his office has done nothing to combat foreclosure fraud since he took office in January of 2011.  The $2.5 million was small compared to Florida which is receiving $8.6 million.  It’s also minuscule when you stop and think that the shenanigans by LPS and the foreclosure mills have cost Michigan nearly $6 Billion since 2001.

In all his excitement, Schuette proclaimed,

“Shortcuts like robo-signing are just one example of the damage caused by the mortgage foreclosure crisis. Our investigation into questionable mortgage practices remains ongoing, and we will bring to justice every lawbreaker we find.”

This comment seems to answer the question that foreclosure defense attorney Kelli Meeks asked in November when Schuette announced his indictments against Lorraine Brown and DocX, “Will any future indictments by Attorney General Schuette include any other perpetrators of pervasive document fraud who are still at large and are known through out the foreclosure defense community?”

Orlans Associates and Trott & Trott routinely prepared affidavits and mortgage assignments containing fraudulent signatures of Linda Green and forged notary signatures with the Register of Deeds offices across the state. Orlans Associates is also the home to infamous robo-signer, Marshall Isaacs, whose signatures have more variations than there are sexual positions in the Kama Sutra.  His fraudulent signature has been found Register of Deeds offices in nearly every county in Michigan and in at least four states.  So when Linda Orlans wasn’t shipping the documents south to have DocX employees sign Linda Green’s name she was having her employees sign Marshall Isaacs’ name.

David Trott’s firm, Trott & Trott also has his share of robo-signers like Ellen Coon, Marcy Ford, and Kenneth Kurel who are also willing participants in the financial terrorism that has contributed to the destruction of Michigan’s housing market.

Since taking office, Bill Schutte has been bombarded with requests to investigate both Orlans Associates and Trott & Trott by attorneys, politicians, housing advocates and homeowners.  These groups continually tell me that their requests fall on deaf ears and ask me why Schuette isn’t doing something? I have to tell these people that Linda Orlans, David Trott, members of their respected families and employees have given nearly $250,000 to the Michigan Republican Party, Bill Schuette’s campaign for Attorney General and Ruth Johnson’s campaign for Secretary of State.  I have to be like a dad who has to tell his kid that there will be no Christmas this year by telling them that  deep-pocked foreclosure mill operators don’t throw around money without expecting something in return.  As Billionaire and former Michigan GOP Chair Betsy DeVos (who has also given thousands of dollars to Schuette) so eloquently points out money buys influence in Michigan:

“I know a little something about soft money, as my family is the single largest contributor of soft money to the Republican National Party. I have decided, however, to stop taking offense at the suggestion that we are buying influence. Now I simply concede the point. They are right. We do expect something in return.” -Betsy DeVos

It’s time for Bill Schuette to decide who’s side he’s on.  Is he on the side of Michigan homeowners who vote or is he on the side of deep pocket mortgage fraudsters who pay for his campaign? Is he serious about combating mortgage fraud or is he simply giving it lip service in order to play some Machiavellian political game? Give him a call at (517) 373-1110 or email him at miag@michigan.gov and ask him.  Remember he works for you.