MFI-Miami has found two mortgage assignments prepared and filed by OCWEN Financial Corporation that contain the forged signatures of Leticia Arias an employee of OCWEN.

In these two assignments, it appears that OCWEN is being represented by the law firm of Randall S. Miller and Associates, a multi-state foreclosure mill located in suburban Detroit.  It’s managing partner, Randall Miller is the brother of Oakland County Clerk/Register of Deeds candidate Lisa Brown.

This is not the first time I have written about alleged document fraud at Miller’s firm.  In May, I posted an article about the many signatures that are attributed to attorney Jason Canvasser.  Canvasser is a former associate at Miller’s firm who left Randall S. Miller and Associates last year.

Canvasser was less than pleased that his name started popping up in Google searches like a Herpes outbreak when I began writing about him last May.

His boss and attorney, Stephen Ormond even threatened to sue me for libel.  As you can guess, I told Ormond to blow it out his lower orifice and haven’t heard anything from them since.  You can see the exchange of letters here and I can assure you, it’s quite the interesting read.

About the time I wrote those articles, two mortgage assignments were filed in Michigan by Miller’s client, OCWEN Financial Corporation out of West Palm Beach, Florida.  One was filed with the Jackson County Register of Deeds and the other was filed with the Macomb County Register of Deeds. Both of these documents were allegedly signed by Leticia Arias.

In November of last year, the Florida Secretary of State suspended Leticia Arias’ notary privileges due to complaints of fraud.  She now only signs as a representative for whatever entity OCWEN has been hired to service the mortgage for.  She is also a signatory for MERS.

In the mortgage assignment filed with the Macomb County Register of Deeds (recorded on 7/12/2012) not only does the signature of Leticia Arias not match what the state of Florida has on file, it appears the notary on the files, Naomi Smith, also an employee of OCWEN, was pulling some double duty that day.  If you look closely at both signatures of Leticia Arias on these documents, they are remarkably identical to Naomi Smith.

The discoveries notary fraud by MFI-Miami prompted this response from the Iron Lady of foreclosure defense, Kelli Meeks of Level One Legal Services,

“The continued and blatant disregard for the most fundamental rule of law is really no surprise considering the total lack of respect these organizations have to any legal authority.”

Like his Oakland County counterparts, Orlans Associates and Trott & Trott, Miller’s firm resembles a car dealership more than it does a law firm.  Like a car dealership that gets paid for the amount of cars they push off the lot, foreclosure mills get paid based on the volume of foreclosures they can perform in any given quarter.  This is why you have issues with robo-signing and notary fraud at these foreclosure mills.

Like Orlans Associates, Randall Miller covers foreclosures in multiple states but unlike Linda Orlans and David Trott who have raised nearly $250,000 for Michigan Secretary of State Ruth Johnson, Michigan Attorney General Bill Schuette and the Michigan Republican Party, Miller didn’t need to throw money around like Rich Uncle Moneybags to have an impact on legislation.  Randall Miller had an ace-in-the-hole that he was able to keep quiet about until earlier this year when MFI-Miami exposed who his sister was. 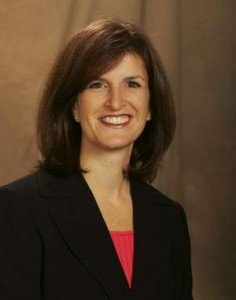 In April, Brown, a current state representative, announced because of redistricting, she was not seeking a third and final term in the Michigan House and has instead decided to run for Oakland County Register of Deeds.

Soon after her announcement, she made national headlines when she was barred from speaking by the Republican Speaker of the Michigan House Jase Bolger because she told the Republicans to “stay out of her vagina” during a debate about abortion rights.    However, as I wrote then, her brother’s law firm and the activities that may be going on inside of it, create a series of ethics issues for Lisa Brown.  Issues that she thought she could evade by talking about birth control and her vagina.

What Brown hasn’t been talking about is that the mortgage crisis that has had a financial Anaconda Vice Grip on Michigan homeowners since 2006 has been very rewarding to her because she has been able to profit from both sides of the fight.  Her brother has given handsomely to her three legislative campaigns and her husband Brian Parker is a consumer lawyer currently doing foreclosure defense.

As more and more evidence presents itself that shows Miller’s firm may have ethical issues, his firm has now becomes a major political liability for Lisa Brown.   For example, if she does get elected Clerk/Register of Deeds and forged documents are discovered to have been filed in Oakland County by her brother’s firm will she take it to the Oakland County Prosecutor, the Michigan Attorney General or the U.S. Prosecutor’s Office?  As a member of the Michigan Bar (P47891) she is also duty bound to also report it to the Michigan Bar but would she?  This is a serious question and she has less than 30 days to answer it.