You have probably seen news stories about a Not-For-Profit group named NACA. Neighborhood Assistance Corporation of America or NACA gets thousands of people to show up at their foreclosure rescue sessions. They have at different convention halls across the U.S. NACA founder Bruce Marks treats it as if NACA is a foreclosure rescue version of “Brother Love’s Traveling Salvation Show“ 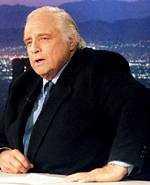 I should explain what a CRA is before I get to how Bruce Marks and NACA operate and make their money. The Community Redevelopment Act was passed by US Congress in 1977 to encourage the major banks to help people in low and moderate-income neighborhoods become homeowners. Contrary to what armchair conservatives like to claim, CRAs were not the cause of the financial crisis.

Furthermore, banks flock to CRA developments. Banks will fight over eligible homeowners because the lending guidelines on CRA loans is generally stricter.

The FDIC allows banks to offer low-interest mortgages because the local municipality donating the land to the homeowner. Banks also like CRA clients because it helps them get FDIC approval when they want to expand or merge with another bank. CRA loans also benefits the bank when they want to create a branch network in certain parts of the country.

Neighborhood Assistance Corporation of America may be a designated CRA Housing Non-Profit. Yet, when you dig deeper you see that it is really nothing more than a for-profit enterprise disguised as a housing non-profit. A housing non-profit feeding off the teat of the American taxpayer.

The Smoke And Mirrors Of Bruce Marks

What Neighborhood Assistance Corporation of America isn’t telling people is that he is double dipping. NACA gets a grant money he gets from the federal government. Furthermore, lenders pay NACA and Marks for homeowners homeowners he helps refinance.

There is a reason why Bruce Marks likes doing his “Financial Terrorist” shtick and it is not because he wants to make the banks afraid of him. It’s for what is known in marketing as “Sideways Marketing”.  Marks uses the media to give NACA exposure and free advertising. Furthermore, he uses the media to give him and NACA credibility. All of that notoriety helps him create a Robin Hood persona to attract pissed off homeowners.

The notoriety also helps him when he’s bringing his foreclosure rescue version of “Brother Love’s Traveling Salvation Show” to town.  He also uses his CRA Housing Non-Profit status as a way for television stations to give him free advertising. He also gets the banks to pay for the convention hall space.

Marks plays his business as a numbers game. He wants thousands of people to show up to NACA events because if 2,500 people show up then it becomes a media event.  The media shows people standing out front of the convention hall. Marks understands that desperate homeowners have a herd mentality. If 2500 people rushing to an event will attract 2500 people more. 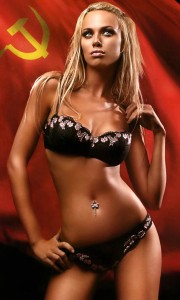 Bruce Marks and NACA are not the nightmare for banks that he likes to portray in the media.  Rather, they are just the opposite.  His events are to the CRA world what Russian romance tours are to lonely middle-aged American men. NACA helps connect potential CRA mortgage clients with the banks like Russian romance tour operators. This is why banks are eager to pay for the convention space and let Marks do his “Bank Terrorist” shtick.

How NACA Makes Their Money

What Marks doesn’t tell people is he uses the event to screen people for CRA loans. Eligible CRA borrowers account for 5% of the people who come through the door. Neighborhood Assistance Corporation of America is legally a “housing non-profit.”

Therefore, they can get discounted interest rates from the bank. NACA also gets a fat commission check from the bank.  Marks and NACA pocket nearly 4% of the loan. NACA gets a loan origination fee of 2% and an SRP of 2% on the back end of the loan from the lender when the loan closes.

What’s an SRP? SRP or Service Release Premium is the payment NACA receives from the lending institution outside of closing. It’s a sales incentive lenders get when they sell a mortgage loan on the secondary mortgage market.

Marks along with the banks are playing a numbers game.  Let’s assume Marks has 10,000 people show up to an event. He closes 500 loans from the event with an average loan amount of $150,000. Neighborhood Assistance Corporation of America has made $3,000,000 from the event.

Banks will enthusiastically pay for the convention space. Why? Lenders can write $75,000,000 in mortgages that will be sold to the federal government. The lender will also be able to have the servicing rights for.  So the more people that show up to an event, the more money both NACA and banks can potentially make.

There is another way Neighborhood Assistance Corporation of America helps banks make money. It’s from of the other 95% of homeowners that NACA can’t help with CRA loans.  Not only are banks writing an estimated $75 million in loans at each NACA events but they’re also pocketing billions of dollars in profits by Marks and his staff giving false hope and empty promises to hundreds of thousands of homeowners who eventually lose their home

Neighborhood Assistance Corporation of America signs up the majority of these homeowners knowing full well they can’t help them. They give homeowners false hope. NACA representatives make homeowners believe that NACA is helping them by working on their file. In reality, nothing is being done. Naturally, because the homeowner believes NACA is working on the file, they stop making their mortgage payments either because the third party or the bank tells them to.   Several MFI-Miami clients that worked with NACA were actually told by NACA to quit making their mortgage payments. This took away all their negotiating power. Thus, giving the lender a legitimate reason to foreclose.

Mortgage Servicers Make More Money When Your Loan IS In Default

I’ve written quite a few times about how mortgage servicers make money from mortgages in default. MBS Trust cashes in its insurance policy and how the mortgage servicer buys the outstanding loans in the mortgage trust. They also get them for pennies on the dollar.  When the servicer buys a mortgage from the MBS for $2000 that has a face value of $200,000. The servicer is now the owner and can foreclose. They can also sell the property for $80,000 is still make a profit of 40 times what they paid for it.