I have to wonder if Yves Smith is inhaling something toxic. Her latest article is even crazier than her last. Her last blog was a gushing endorsement of Lisa Epstein of Foreclosure Hamlet fame. Epstein ran unsuccessfully for Palm Beach County Clerk.  In that piece, she ignores that Epstein appears to be operating Hamlet as an unlicensed charity and has financial ties to confessed mortgage fraudster, Carol Asbury. 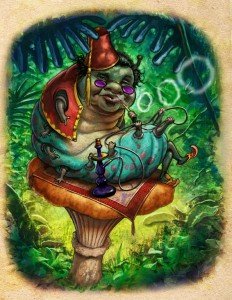 It seems like Yves Smith’s judgment is impaired. I have no idea if Yves Smith does drugs or sniffs glue. As far as I know, she’s as substance free as Mitt Romney or as a Muslim in Riyadh. Yet, something is not right at the offices Yves Smith and Naked Capitalism.

What is a CRA? The Community Redevelopment Act was passed by US Congress in 1977. Its purpose was to encourage banks to lend money to people in low-and-moderate-income neighborhoods.  Through FDIC mandates banks offer low-interest mortgages with the local municipality donating the land or leasing the land to the homeowner. Banks like CRA clients because it helps them get FDIC approval when they want to expand their business, merge with another bank or want to create a branch network in certain parts of the country.

Banks like CRA clients because it helps them get FDIC approval when they want to expand their branch network.

What Yves Smith seems to miss is that NACA may be a designated CRA but in reality, it is nothing more than a for-profit enterprise. What Bruce Marks isn’t telling people is on top his grant money he gets from the federal government, he is also getting paid by lenders for the homeowners he helps them refinances.

“Quantity has a quality all its own.” -Joseph Stalin

Yves Smith fails to understand why Bruce Marks likes doing his “Financial Terrorist” shtick. It has nothing to do with banks wanting to be afraid of him.  It’s for what is known in marketing as “Sideways Marketing.”

Marks uses the media to give NACA not only exposure and free advertising but he uses it to give him and NACA credibility.

He brags about tormenting the young children of banking executives by driving to their school and yelling to them that their daddy is a monster. Yet, these stories have never been verified.

All of that notoriety helps him create a Robin Hood persona. It also helps him when he announces he’s bringing his “Brother Love’s Traveling Salvation Show” to town.

He also uses his status as a CRA Housing Non-Profit as a way for local television stations to give him free advertising time.  He also his non-profit status as a way to get free convention center space.

Marks wants thousands of people to show up to NACA events. He feels if 2,500 people show up then it becomes a media event. If the media shows people standing out front of the convention hall more people rush to the event. It’s called the herd mentality.

NACA isn’t the nightmare for banks that Bruce Marks likes to portray. It’s just the opposite. His events are to the CRA world what Russian romance tours are to lonely middle-aged American men. NACA helps connect potential CRA mortgage clients with banks.

What Yves Smith seems to miss is what Marks doesn’t tell people. He uses these events to screen people for Community Redevelopment loans. CRA loans account for 5% of the people who come through the convention door. Marks is legally a “housing non-profit” s0 he can get discounted interest rates from the bank and NACA gets

NACA is legally a “housing non-profit” s0 he can get discounted interest rates from the bank and NACA gets a fat commission check from the bank.

Marks and NACA pocket nearly 4% from closing the loan. NACA gets a loan origination fee of 2% and an SRP of 2% on the back end of the loan from the lender.

An SRP is a payment NACA receives from the lending institution, they get when they sell a closed mortgage loan to the secondary mortgage market to Fannie Mae, Freddie Mac, or Ginnie Mae.

Banks will enthusiastically pay for the convention space for NACA if they are writing $75,000,000 in mortgages that will be sold to the federal government. So the more people that show up to an event, the more money both NACA and banks can potentially make.

Another way NACA helps banks make money and it’s from of the other 95% of homeowners that NACA can’t help.  The banks have made billions of dollars off Bruce Marks and NACA with foreclosed homes. Banks are profiting from Marks and his staff giving false hope to homeowners who eventually lose their homes.

Yves Smith fails to understand that NACA signs up homeowners knowing they can’t help them. NACA gives these homeowners false hope by making them believe that NACA is helping them. When in reality, nothing is being done. Naturally, because they believe NACA is working on the file, they stop making their mortgage payments. The lender usually tells the modification negotiator to tell the homeowner to quit making the payment. Lenders claim they can only help a homeowner if they are not 90 days delinquent on their mortgage.

I’ve written quite a few times about how mortgage servicers make money from mortgages in default and how when an MBS Trust cashes in its insurance policy that the mortgage servicer is the first to swoop in and buy the outstanding loans in the mortgage trust for pennies on the dollar.  This means if the servicer buys a mortgage from the MBS for $2000 that has a face value of $200,000, the servicer who is now the owner can foreclose and sell the property for $80,000 is still make a profit of 40x what they paid for it.

Like I wrote last week either Yves Smith’s judgment is impaired or she is attempting to broaden her audience by attempting to appeal by taking a more populous approach to her writing.  I’m hoping that’s her plan.   If she is, she needs to do more research before embracing people advertising themselves to be “advocates”.