On Tuesday The Dead Rabbi’s POA Settles With US Bank

The cool thing about owning MFI-Miami is that I get to work with some really smart litigators. These guys bring me interesting cases like banks foreclosing on dead rabbis.  They also think outside the box like I do.  If you are a regular reader, you know I love attacking banks with unorthodox strategies. Especially when these strategies have the potential of setting legal precedent. 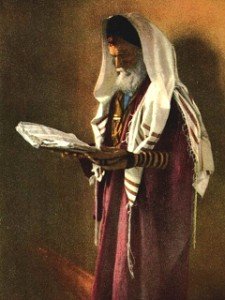 Two years ago, I was approached about working on a high profile case that had the potential of setting a legal precedent for Property Owners Associations (POAs) across Florida.

In April of 2010, Michael Gable had read about my clients, John and Diane Cirigliano in the Miami Daily Business Review.

Michael wanted to know if these same arguments could work on behalf of homeowners associations. I told him I had never approached it from that angle but I didn’t see why not.

The Story Of The Dead Rabbi And Bank of America

This story begins on June 4, 2007, with the death of Rabbi Danny Tadmore. Rabbi Tadmore was a popular radio host and respected South Florida Cantor from Temple Beth El in North Miami Beach. He passed away while on sabbatical in Israel.

Adorno & Yoss left the foreclosure suit to languish in the bowels of the Miami-Dade Court House for nearly a year. Adorno & Yoss had also named Tadmore’s POA, Williams Island Property Owners Association as a defendant in the case. The POA decided to take a stand.

The Williams Island POA filed a motion demanding the lender proceed with its foreclosure or start paying the assessments. The POA claimed that it was being unreasonably prejudiced by the bank’s “undue delay.”

The trial court agreed and ordered the bank to “diligently proceed within thirty (30) days” or pay monthly maintenance fees. US Bank and Bank of America afraid of the deluge of lawsuits immediately appealed.

The Florida 3rd DCA reversed the Circuit Court decision. The 3rd DCA stating that there is no basis in the law for compelling the lender to proceed at a pace other than that which the lender has chosen to proceed.

The opinion also indicated that the courts do not have the right or power to implement an order that a COA considered “social justice” at the particular moment without regard to established law.

Attorney Dusts Off Copy Of The Art of War

Michael Gable went back to his desk and dusted off a copy of “The Art of War” by Sun Tzu. He began devising another strategy to force US Bank to begin paying association fees and that is when he enlisted the assistance of MFI-Miami. However, we had to overcome a huge obstacle.

The statute makes one exception to its blanket rule. Liability of a first mortgage holder who acquires title by foreclosure or by deed in lieu of foreclosure is only liable for assessments coming due prior to the acquisition of title in the lesser amount of six months of assessments that came due immediately prior to the acquisition of title or one percent of the original mortgage principal.

Florida Statute  720.3085 assumes the mortgage holder foreclosing on the condo owner has legal standing to foreclose. However, what if they don’t? Does this exception still apply?

Courts across Florida had already ruled that a proper chain of ownership of the mortgage must be in place before an entity can foreclose. Rabbi Tadmore’s mortgage was originated by Aegis Wholesale Corporation with MERS as its nominee. MFI-Miami discovered that on February 5, 2008, a mortgage assignment assigning this loan from MERS to  Harborview 2005-10 Trust Fund.

MFI-Miami found multiple issues with this assignment. The first being that the Trust name is wrong on the assignment and on all the court documents that follow it.  Adorno & Yoss LLP who filed the assignment have Harborview 2005-10 Trust Fund when the proper name is HarborView Mortgage Loan Trust 2005-10.  Harborview 2005-10 Trust Fund does not exist as a Trust. This error alone would void the lis pendens.

MERS also did not have the proper authority to assign this mortgage as a nominee for Aegis Wholesale. Aegis Wholesale’s corporate parent, Aegis Mortgage Corporation filed for bankruptcy on August 13, 2007. This extinguishes any rights MERS had as a nominee.  The assignment also violated the terms of the Pooling and Servicing Agreement for the Harborview Trust.

The other issue is Aegis Wholesale was not an approved originator for this Trust. The Trust specifically states it will only accept loans originated by Countrywide Home Loans.

After nearly two years, a hearing date was set for earlier this month. Michael and I would finally get an answer.  However, at the eleventh hour before the hearing and after US Bank confirmed MFI-Miami’s findings, US Bank agreed to settle for approximately half of what Williams Island Property Owners’ Association asked for in assessments and maintenance fees on Danny Tadmore’s unit.