Many are discovering what they thought was a blessing, has turned into a curse. The homes they thought they were buying are in various stages of foreclosure – and they say the man who sold them, Leonard Bale, never told them.

Shannon Edmonds and her four children thought they had found a bigger, better place to live when compared to the rental unit they used to call home.

“An apartment that was smaller than my living room and kitchen was $700 a month,” says Edmonds.

Standing outside the three bedroom house she bought from Bale on a land contract, Edmonds says she paid just $450 a month.

Kimberly Ostrander is a cancer survivor who thought she was buying a home where she could heal and raise her disabled son, she explains while sitting on the porch outside her house in Garden City

“I put new flooring in, put the gutters up. We put a brand new back deck on, everything,” says Ostrander.

Amee Ravetto has a similar story. She was happy to find a house in the Woodhaven neighborhood where she has friends and relatives nearby.
She also wanted a home for her three boys in a section of town that would provide comfort and convenience.

“I have friends that I’ve known since childhood that still live in this neighborhood, so it was a big deal,” says Ravetto.

Their stories have both a common theme and a common problem: They all signed a land contract—an agreement to make monthly payments to the owner instead of getting a mortgage loan from a bank. They say they had a land contract with Wolverine Investments, which is owned by Bale and that he didn’t tell them the truth about the properties. 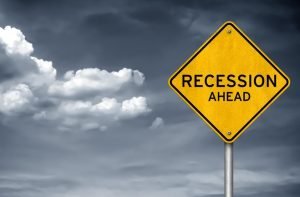