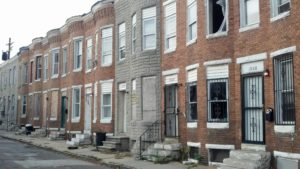 This is a piece the BBC broadcast two years ago. It tells the story of how Wells Fargo preyed on African-Americans in Baltimore. Wells Fargo sold them high cost “Ghetto Loans.

Yet, Wells Fargo underwriters knew these homeowners could qualify for better programs. One of MFI-Miami’s reports is featured at the end of the piece.

Wells Fargo denied the evidence for years after this story aired. They denied they screwed over homeowners of African descent in Baltimore with “ghetto loans.”

They also denied it by using the industry term, “Reverse Redlining”.

However, Wells Fargo did seek out and recruited trusted African-Americans community leaders such as ministers. They turned these people inot mortgage brokers and correspondent lenders. They did this to get business from the minister’s congregations.

Wells Fargo understood that the cornerstone of any African-American community is the neighborhood church. They took full advantage of this. After all, who would question the integrity of Pastor Jones?

When Wells Fargo could find ministers in ghetto neighborhoods,  they would coach them to dangle the dream of home ownership to members of their own congregations by telling them it was good for their community but what Wells Fargo was doing was setting these homeowners up for failure.  In other words, they educated these African-American ministers just enough so they could do Wells Fargo’s bidding but not well enough so they would question Wells Fargo.

What Wells Fargo didn’t just happen in Baltimore.  It appears Wells Fargo did this on a nationwide basis because I witnessed it happen in Detroit when I originated loans and MFI-Miami has also discovered evidence of  “Ghetto Loans” in South Florida and Philadelphia.