As someone who once said I wasn’t sure if I’d want to ride in an elevatorwith Dan Gilbert, going to Quicken Loans’ corporate headquarters yesterday for the Magic Johnson/Detroit Venture Partners announcement felt a little like Leo Ryan going into Jonestown.

However, there is a vibe about Quicken that’s very, let’s say, Scientology-esque. There’s a kind of starry-eyed zeal in their workforce that doesn’t make sense to most outsiders. At least that’s the impression I get, and the experience some downtowners I know have had interacting with Quicken workers.

The free copies of Quicken’s “ISMs in Action” made available at yesterday’s event didn’t dispel that notion. The book reads like I imagine Dianetics reads—a lot of common sense dressed up in jargon to look like ideology—except ISMs was packaged more like one of those patronizingly over-enthusiastic “Our Changing Bodies” books out-of-touch parents give their kids to increase the awkwardness of puberty.

ISMs even demonstrated the “right” way to resign from Quicken Loans: Send the boss an email explaining how your life was made better by working at Quicken.

Weird, but good for Detroit

The thing of it is, despite my Quicken antipathy, even I can see that Detroit Venture Partners is an unequivocally fantastic idea. In fact, much of what Dan Gilbert is doing in downtown Detroit is fantastic. And every time I see or hear his DVP partner Josh Linkner speak, I’m unfailingly impressed.

Certainly, Gilbert has his venial sins. His participation in the under-the-table severance to convicted felon Kwame Kilpatick being the most obvious example. But in the grand scheme, those things are forgivable. Nobody is perfect. 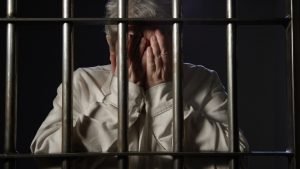