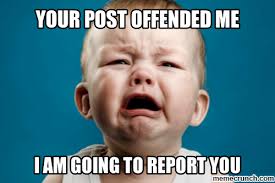 This is the story of how robo-signing attorney Marshall Isaacs Tried to have me arrested because he didn’t like what I wrote about him.

Last week, I got a voicemail from the Farmington Hills Police in suburban Detroit. The detective left a cryptic message that said, “Mr. Dibert, can you please call me about an investigation I’m doing?”

I was Intrigued. I called him back. The officer informed me that Marshall Isaacs had filed a police report against me. He claiming I committed a felony. Yes, apparently the robo-signer who I’ve made famous over the past several months is claiming I violated MCL 750.411(s). He was upset that I posted his address on a blog I wrote back in March without his consent.  He was also upset because I posted a copy of his mortgage and warranty deed. He was also irate because I posted a copy of the Request for Investigation I filed with the Michigan Attorney Grievance Commission.

Here is a copy of the law he claimed I violated:

Post a message means “transferring, sending, posting, publishing, disseminating, or otherwise communicating or attempting to transfer, send, post, publish, disseminate, or otherwise communicate information, whether truthful or untruthful, about the victim.” MCL 750.411s(8)(i). Emotional distressmeans “significant mental suffering or distress that may, but does not necessarily, require medical or other professional treatment or counseling.” MCL 750.411s(8)(g).

Marshall Isaacs thinks hordes of pissed off foreclosed homeowners are going to terrorize his family. He must think he’s Frankenstein’s monster in some 1930s monster movie. He seems to think villagers are going to storm his home with barking dogs, pitchforks and torches yelling, “KILL THE BEAST, KILL THE BEAST!”

I told the detective all the sordid details of my ongoing investigation of alleged fraudulent activity being done by Marshall Isaacs and his pals over at Orlans Associates and that it now involves Register of Deeds offices in multiple states.

I told this detective that Marshall Isaacs’ address is a matter of public record. It’s something anybody can get at the Oakland County Register of Deeds. I also told him Marshall Isaacs is afraid of the army of process servers showing up at his door. There is an army of lawyers ready to flood the courts with lawsuits. There are also potential criminal investigations that are coming down the pipeline against him and Orlans.

I find Marshall Isaacs’ actions ironic on so many levels.

First, he goes crying to a local police department in a city who’s budget has been dramatically slashed (like many other municipalities in Michigan) because of depressed property values caused by foreclosures. Marshall Isaacs’ firm, Orlans Associates handles nearly 40% of the foreclosures in Michigan.  Of those, the majority appear to have been illegal. This of course affects tax revenues for local municipalities, counties and the states Orlans is hired to file foreclosures in.

He then wants to take it one step further and wants a cash-strapped county to prosecute someone over what five different attorneys and a former judge agree is a frivolous matter and waste of taxpayer money to pursue.

He claims he and his family are suffering emotional distress because of his address being made public.  Maybe I’m missing something here but doesn’t his firm file public notices with the names of homeowners in foreclosure for the whole world to see?

Now that Marshall Isaacs is looking at being named as a defendant in countless lawsuits, the possibility of disbarment and/or criminal charges being filed against him, he wants special treatment from the courts and law enforcement that the average individual or the average homeowner would not receive.