One of the those Attorneys General is newly elected Florida Attorney General Pam Bondi.  Bondi’s main objection to this proposal is Section M on Page 18 which talks about giving qualifying homeowners a principal reduction as part of their modification. 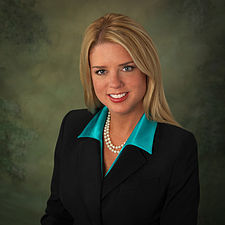 According to a great article in the May 15th edition of the Orlando Sentinel by Mary Shanklin, Bondi argues principal writedowns could lead to a free-for-all of underwater homeowners demanding principal reductions. She argues pushing lenders to forgive part of their mortgage holders’ debt could encourage even responsible homeowners to stop making payments on their loans, in the hope they can eventually get their bank to erase part of their mortgage. She called it a potential “moral hazard” that “rewards those who simply choose not to pay their mortgage — because they can simply take advantage of lenders’ obligation to honor virtually automatic principal write-downs.”

According to Mary Shanklin’s article, Bondi wrote in her opinion, “Some homeowners may simply default on their loan and use the States’ agreement to obtain a principal reduction — whether or not they actually made an effort to maintain their mortgage,”

Pam Bondi a former prosecutor and Assistant State Attorney was swept into office last November thanks in part to the Koch Brothers funded Tea Party movement in Florida and Sarah Palin.  Although, she was successful, Bondi’s past has not been wthout controversy.  It was revealed during the primary that she failed to vote in 1984, 1986, 1988, 1990, 1992, 2002 & 2008. She also forced a victim of Hurricane Katrina to sue her to get their dog back.  Apparently, Bondi adopted a St. Bernard from an animal shelter from St. Bernard Parish in Louisiana after Hurricane Katrina devastated the Gulf Coast.  When the family who owned the dog was finally able to return to their home and track the dog to Bondi, she refused to return the dog.   The family sued Bondi who was now making a name for herself as a Fox News contributor and for several high profile criminal cases she prosecuted.  After realizing that it would hurt her image, she backed down and gave the dog back to it’s original owners.

When over half of your constituents are upside down on their mortgages, you would think a smart politician would want to support a provision that would allow qualified homeowner to receive a principal reduction on their homes as part of a loan modification.   Some mortgage servicers are already doing this.  JPMorgan Chase is doing it on certain loans that were originated as Option-ARMS by Washington Mutual.

Let’s be honest, most politicians don’t do what is considered logical to the average person especially politicians like Bondi who have been on the government payroll for decades.    Political logic guides a politician to who is the most beneficial their next election and unfortunately it’s not the bloc of voters from retirement communities or PTA clubs and Bondi is a perfect example of this.

The real reason Bondi is opposed to principal write downs is not because they are a “moral hazard,” or because of some idealogical political dogma.  After all, she switched from being a Democrat to a Republican after she discovered she had a future in politics.  She opposes principal write downs on mortgages simply to keep her political sugar daddies happy which is why she is willing to play the part of a modern day Tokyo Rose by reciting their talking points.

Last year, Bondi and The Republican Party of Florida received $453,000 in campaign contributions from Banking and Real Estate Lobbyists.   $126,500 came from the Florida Bankers Association, who last year unsuccessfully lobbied the Florida legislature to make Florida a non-judicial foreclosure state.  The Republicans also received $65,000 from American Bankers Insurance Company.  Bank of America who is one of the targets of the 50-state investigation gave to the Florida GOP $10,000 with a meager $500 going to Pam Bondi.  The Florida Realtors were definitely attempting to buy influence with the Florida GOP, between the Realtors PAC and the Florida Association of Realtors, they gave $290,000 to the Florida GOP.

The Florida GOP also help bankroll Bondi’s campaign by giving her $800,000 to cover consultants, phone banks, office rent and campaign staff.  Part of this money came from the $448,000 that was given to the GOP from the above mentioned groups.  Groups like the Florida Bankers Association or the Realtors PAC often give money to the various state or national parties or both with the intent that it will be used for a specific candidate.  This is done to prevent an appearance impropriety because it helps create a cloud of mystery over who gave what to whom and when.   Unfortunately for Pam Bondi, its pretty apparent where the money went.

Banking and Real Estate lobbyists across the country gave heavily to Republican Attorney General candidates with the sole purpose of derailing the 50-state investigation into mortgage servicing.  Pam Bondi’s campaign had to have known this since former Republican Florida Attorney General Bill McCollum made the foreclosure crisis the cornerstone of his campaign for governor last summer.

U.S. Representative Dale Kildee (D-Michigan) once told me many years ago, “There are two reasons people get into politics. The first reason is to serve their community and to help people, the other is to feed their ego and use office for personal and financial gain.  Unfortunately, we have too many of the later.”

So unless Pam Bondi is living in some type of fantasy Barbie World, she apparently has no problem selling herself out to lobbyists to advance her political career.