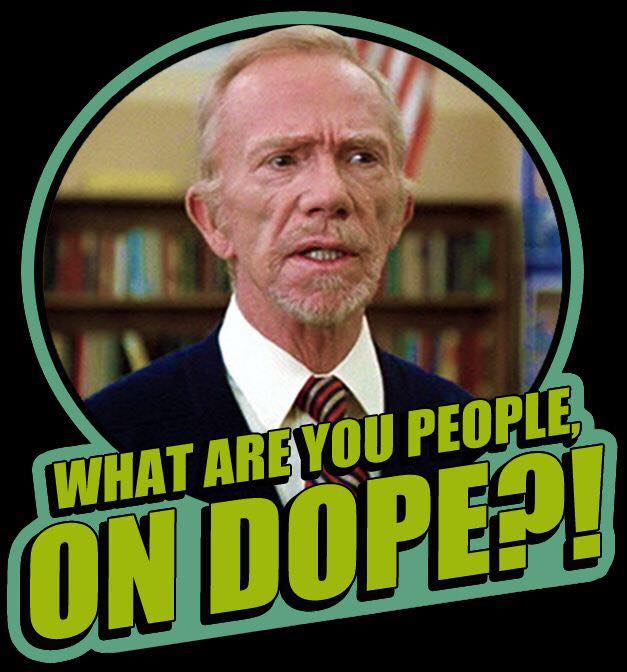 Foreclosure madness has hit a fever pitch. I wrote a blog about how most homeowner advocacy sites are nothing more than marketing tools for law firms or are illegally soliciting money claiming to be non-profits. People went wild.

Richard Zombeck linked to it in an article he wrote for the Huffington Post. The blog was also picked up by Aaron Krowne at ML-Implode.

What was baffling is that the same activist websites that I criticized in my article reposted Richard’s article. The same article with the link to my article in it.

So these activists don’t read what they post or they are blinded by monomania. Whatever it is foreclosure madness is at a fever pitch.

Christopher Forrest is one victim of foreclosure madness. He posted the video depositions of robo-signers, Crystal Moore, Bryan Bly and Dhurata Doko from Nationwide Title Clearing.  These videos soon went viral and appeared on sites like the Huffington Post.

I refused to post them on MFI-Miami for a plethora of reasons. Mainly because doing so would have jeopardized several cases my staff was investigating involving NTC. I also felt that it was it was reckless and unnecessary. Transcripts of Crystal Moore and Bryan Bly depositions had already been plastered on the internet.

Why plaster their faces on the web and put their lives and the lives of their children in danger?

Especially, when you have people like Bruce Marks from NACA who brag daily about being a “banking terrorist”? Marks also gleefully brags about how he and his people routinely harass the school-age children of banking executives.

What happens if Crystal Moore or Bryan Bly are injured or killed by an irate homeowner? How does posting their video depositions affect the thousands of other foreclosure cases?  What happens to them? Is Christopher Forrest willing to accept responsibility for that?

Christopher Forrest brags about being a member of MENSA. Too bad he doesn’t have the common sense to think about the consequences before he did this.

It is apparent Christopher Forrest did this solely as a selfish public relations stunt to promote his law firm.

Foreclosure madness has even hit attorney Matt Weidner. Weidnar is a Sarasota foreclosure defense attorney known for his paranoid and histrionic blogs and videos. Weidnar rants about homeowners being rounded up and put in concentration camps. Apparently there are government and judicial conspiracies. It sounds like he watched one too many episodes of the X-Files. Weidnar recently went on both ABC News in Australia and the CBC News in Canada. He wanted to share his histrionics with Australians and Canadians. He attempted to scare them away from buying Florida real estate.

On October 27, 2010, he told the Australian Broadcasting Corporation:

I’m very concerned about our American legal system and so, for Australians that are looking at purchasing property, I’d be very careful.

When you buy a piece of property in the United States of America, there are real questions being raised now about whether you truly own that property fair and square.”

He then did an encore performance on the Canadian Broadcasting Corporation on November 3, 2010:

Are there going to be cases where Canadians or others have bought property and they really don’t own that property?

I’m here to tell you that absolutely 100% there are going to be cases where people have purchased property and that title is no good.”

Making statements like these in international markets is not good. It’s like getting drunk at a wedding and announcing how the bride contracted genital warts. Everyone may already know about it but they don’t have to be reminded of it.

America needs a foreign investment of capital right now. An American attorney making comments like this only scares it away.  These statements also show Matt Weidner’s lack of understanding of international finance.

China, Russia, and the European Union want to replace the U.S. Dollar as the benchmark currency for the world. They want a global currency and are using the American housing crisis to support their arguments.

America bashing is at an all-time high in European and Asian finance publications. Comments by Matt Weidner make great fodder to re-enforce anti-American opinions. Especially wacky comments from a victim of foreclosure madness like Matt Weidner.

Foreclosure Madness Is Creating Competition Among The Crazies

The movement inspired by Neil Garfield has become filled with competing self-delusional Spartaci. They all suffer from foreclosure madness and base their actions on histrionics and paranoia. Then market this fear as a way to attract potential clients.

These activists are so hell-bent on the glory that they’ve lost all sense of logic.  Their diarrhetic internet rants and lack of victories in the courtroom show they also lack the basic fundamentals of strategy.

Most Foreclosure Defense Attorneys Are Morons

It’s apparent these people have never read Machiavelli, Sun Tzu or any other books on military or political strategy. They have no idea how to strategize.

Several months ago I wrote about why the attorneys MFI-Miami work with are successful. Unlike Weidnar and others who whine, whimper and complain in the blogosphere.

“MFI-Miami attorneys win because they are not afraid to create strategies that position themselves to win. For example, MFI-Miami attorneys may purposely sacrifice a motion hearing in order to set up opposing counsel for a smackdown at a future hearing.

Successful attorneys will tell you they succeed because they have memorized, The Art of War by Sun Tzu and they treat every case as if they are playing Chess.  When trying to predict an outcome, they don’t simply add A plus B to equal C, they add C to D to find out what equals E.  My experience has been most Florida attorneys want to stop at C and call it a day.

Foreclosure mills across Florida keep winning in court not because of corrupt judges or because of the “Rocket Dockets” but because foreclosure defense attorneys either want to argue legal theories dreamt up by Neil Garfield, foreclosure activists with no training in finance or lending or they just want to milk fees from the homeowner.  Rocket dockets and corrupt judges offer convenient excuses by attorneys to justify why they were unable to defeat a punk kid who is at most five weeks out of law school or to justify their fees for doing nothing.”

Not to say NTC, foreclosure mills or their attorneys are better or smarter.  The sad truth is they’re equally as bad in Florida.

NTC’s response to Christopher Forrest was equally impulsive, predictable and lacked any strategic thinking. NTC filed for and received an injunction against The Forrest Law Firm to remove the videos from their channel.

This turned out to be a futile demand. The videos had already gone viral and had been picked up by several major media outlets.

NTC should have researched Christopher Forrest prior to requesting an injunction. They would have discovered Forrest has written several novels and has entertainment lawyers at his disposal. Lawyers who understand media law and Free Speech.

NTC didn’t anticipate by filing for an injunction that this lawsuit became expensive very quickly. It is also impossible to put the proverbial genie back in the bottle once these videos went viral. NTC also didn’t anticipate the involvement of the ACLU due to their lack of due diligence.  The ACLU filed suit on behalf of the Forrest Law Firm against NTC’s client, Deutsche Bank.

NTC Drives A Wedge Into Their Relationship With Deutsche Bank

This creates a serious dilemma for NTC. A legal battle like this only drives a wedge between them and one of their major clients. It also creates a public relations nightmare for Deutsche Bank in Germany. The American housing crisis and Deutsche Bank’s involvement in it are subjects of daily conversation in the German media.

NTC’s lawyers failed to do MFI-Miami attorney math of A+B+C+D=E before filing this lawsuit.  It’s also apparent their attorneys also failed to read, The Art of War by Sun Tzu or The Prince by Machiavelli.

This incompetence will probably cost NTC a client. It may also set precedence by allowing attorneys to distribute depositions to the public in matters before the court from both sides of a fight. What better way to discredit and humiliate homeowners. A visual record of how they failed to read their mortgage documents.

Had Deutsche Bank’s attorneys at Shapiro & Fishman been smart, they would have filed a complaint with the Florida Bar against Christopher Forrest under Rule 4-3.6A which reads:

A lawyer shall not make an extrajudicial statement that a reasonable person would expect to be disseminated by means of public communication if the lawyer knows or reasonably should know that it will have a substantial likelihood of materially prejudicing an adjudicative proceeding due to its creation of an imminent and substantial detrimental effect on that proceeding.

An investigation by the Florida Bar may not be as glamorous as an injunction but it is more effective and has the potential to inflict a hell of a lot more pain.

According to the St. Petersburg Times:

The “gist” of statements on Weidner’s blog, the suit says, is that Nationwide Title is an “unethical company” that manufactures false evidence used to foreclose. The statements have permanently damaged the company’s reputation and subjected it to “public hatred, scorn and ridicule.

NTC’s case against Weidner is nothing more than a SLAPP (Strategic Lawsuit Against Public Participation) lawsuit to in order to scare their critics.  Although I dislike his alarmist and diarrhetic diatribes about government conspiracies, judicial conspiracies and his other rants that make Glenn Beck sound sane, his claims about NTC are accurate. Evidence I have seen does suggest they do assist in the manufacture of false evidence used to foreclose on homeowners and it goes beyond anything the three infamous robo-signers admit to in their depositions.

This lawsuit is futile and desperate attempt by NTC to save face that will back fire on them just like the injunction against the Forrest Law Firm is backfiring on them.

Maybe the Florida Bar needs a lunatic like one of my bosses who used to jam his finger into his head screaming, “Think, people, think!” at our sales meetings to teach these lawyers coming out of Florida law schools how to think because it appears the vast majority of them need to learn A+B+C+D=E.