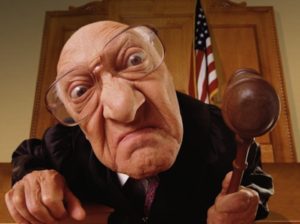 WEST PALM BEACH, FL-MFI-Miami here, a mortgage fraud investigation and forensic auditing firm, said it is launching an investigation against several banks, including Deutsche Bank and LaSalle Bank, for what it alleges to be illegal foreclosures in six states.

Steve Dibert, the chief executive, said the investigation will encompass homeowners in Florida, Maryland, Massachusetts, Michigan, New York and Virginia and will be covering foreclosure actions that were filed between 2005 and 2008.

“Every day I get calls from homeowners in foreclosure and in nearly 80% of the cases, the lender cannot prove they have the legal standing to execute the foreclosure. It boils down to simple Real Estate 101,” Mr. Dibert told NMN. “If you don’t own the note, you can’t sell it, modify it, enforce it or collect payments on it.”

Most of the cases are exotic loans or subprime loans that have been transferred from servicer to servicer and from note holder to note holder.

Mr. Dibert said the problem was created by Wall Street firms who traded mortgage-backed securities with each other.

“Through this maze of trades and countertrades, the mortgage and the note are moved upstream but in no case are all of the transfers of ownership recorded in the local property records,” he said.”The real reason is fund managers wanted to save a few dollars by avoiding taxes and filing fees that would apply to each recording. Without recording these transfers in the public record, the right to enforce the mortgage and note is nullified because that recording is what proves ownership.”

According to Larry Platt, a partner with the Washington law firm K&L Gates, the wave of investigations and cases claiming illegal foreclosures began last year based on a case in Ohio. In Cleveland, the ruling in November 2007 by Judge Christopher Boyko related to 14 foreclosure cases brought by Deutsche Bank National Trust Co.

The judge dismissed the cases brought on by mortgage investors, ruling they had failed to prove they owned the properties they were trying to seize. According to an unnamed source in the industry, the cases were refiled in state court and these homes were foreclosed on.

“While the paperwork has not always followed sales of loans as quickly as possible, there is little doubt that that sales took place,” said Mr. Platt. “The issue is not whether the foreclosing lender really owns the mortgage, but whether it has the paperwork to prove it. This is not about fraud, but about paper evidence.”

In Florida, Mr. Dibert describes how chief justices have been inundated with cases questioning foreclosure.
“They have said if you can’t prove you that you are the legal holder of the note, as required under Florida law, I am dismissing it permanently.

Attorneys are showing up for the lenders and for the investors totally unprepared. It’s really prevalent in non-judicial foreclosure states like Michigan where the homeowner never goes in front of a judge. It’s all done in a civil manner. The attorney handling the foreclosure for the lender does not go back and do all the research and trace the chain of ownership of the mortgage and the note.”

He believes lenders are relying on the Mortgage Electronic Registration Systems, but said MERS is not doing what it is getting paid to do. MERS should properly track who the legal holder of the note is to record them with the county.
“The only true way to back up that the lender, the foreclosing party, is the legal holder of the note, without a doubt, is to record it to the county,” said Mr. Dibert.

“MERS and the investment firms and banks, they don’t record them with the county because of the cost involved.
In Florida, for example, every time you do a refi you have to pay the mortgage tax. With everything that went on with the boom, they were trading these mortgage-backed securities like baseball cards.

They sold them to another pool, bundled them up and sold them based on client income. All of these people kept getting shifted around and no one kept track of it. MERS was supposed to but now it’s a double-edged sword. MERS comes along and says, ‘We have the legal authority to foreclose.’

Then you owe all these states and/or municipalities the unpaid filing fees for every time these mortgages switched hands.

“Putting MERS on a mortgage looks good and scary on the mortgage and note, but is essentially meaningless. The trustees try to hide behind them, but when push comes to shove MERS runs away and tells the trustee essentially they are on their own.”

R.K. Arnold, president & CEO of MERS, responded to Mr. Dibert’s comments by saying, “We agree that it is essential that a foreclosing entity prove its legal standing to foreclose before any homeowner should be subjected to losing their home.”

Mr. Arnold said numerous state and federal courts have affirmed the right of MERS to be the mortgagee in the public land records and its ability to foreclose. “MERS was created to keep track of the parties to a mortgage loan. We offer our services free to the public so anyone can always find their mortgage company.”

According to Mr. Dibert, “The lack of accountability by the lending industry has cost nearly 250,000 homeowners their homes in these six states alone.”

He said when his company completes the investigations, it will determine if the report will be handed over to the attorney generals of those six states so they can do their own investigation or if the clients are eligible for some type of class-action litigation in federal court.

A representative for Deutsche Bank said the company could not comment on the matter. LaSalle Bank did not return a call for comment.